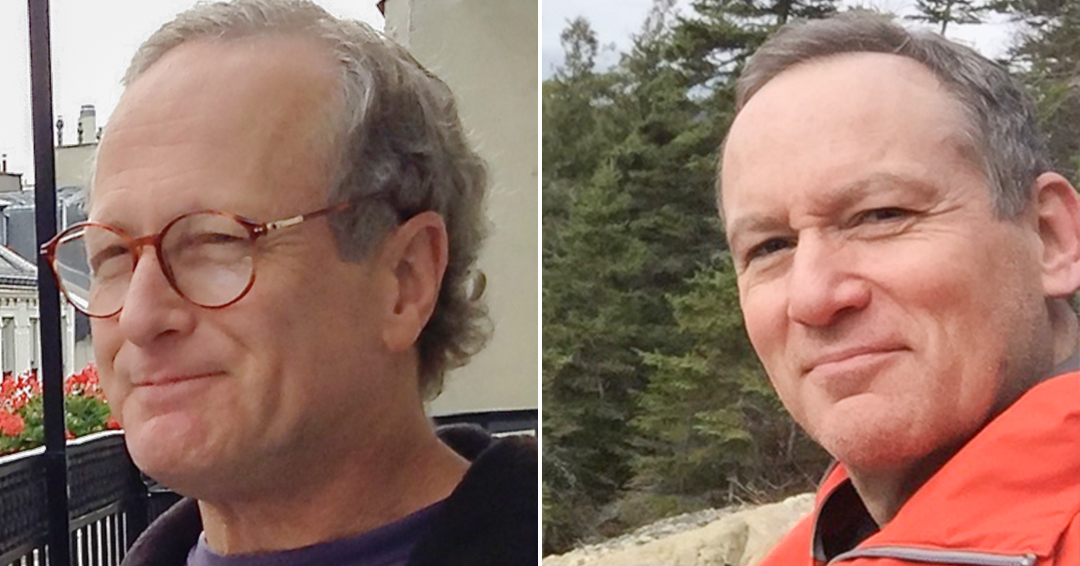 For Dr. Jeff Schnader, a career spent running an intensive care unit and being a full professor of medicine—not to mention a parent—was never quite enough to make him forget a defining period of his youth, and his desire to write about it.

In a sense, then, The Serpent Papers, the newly published debut novel inspired by Dr. Schnader’s experience as an undergraduate at Columbia University at the height of the anti-Vietnam War protest movement of the early 1970s, spent decades in incubation.

“I have been haunted for 50 years about the war,” said Dr. Schnader, a Virginia resident. “And I can see [from the response to The Serpent Papers on social media] that many people of my generation feel the same. People are still very involved in their heads with it. What it boils down to is, that the Vietnam War created a rift within my generation, and the book is a way of addressing that rift.”

While what happened on the Columbia campus in 1971-72 hasn’t entered popular mythology as much as some other episodes of the anti-war movement—not least the student occupation at Columbia four years earlier—it was an all-consuming thing for those who participated.

“I kept asking myself and other people, ‘Why can’t I find any literature on this? Why hasn’t this story been written?’” Dr. Schnader said.

In The Serpent Papers, the division Dr. Schnader refers to plays out on a grand scale, but also within a single family, giving the novel both an admirable emotional heft and an illuminating social sweep vividly evocative of its time and place. The focal point is J-Bee, who rebels against his upbringing in a Southern military family to forsake the war and instead go to university, where he gets swept up in what Dr. Schnader describes as “a cauldron of anti-war culture and protest.”

Acknowledging the plentitude of American cultural responses to the Vietnam War, Dr. Schnader nonetheless sensed that something fundamental was missing.

“What has been lacking is a rapprochement, a coming together of the two ends of the Vietnam-era spectrum stateside—those who were for the war, and those who were against it. I don’t feel that that rift has been healed.”

When fiction writing was still distant, though, Dr. Schnader had another life landmark to live. In 1975, on attaining his undergraduate degree, he went straight from New York to study medicine in Montreal. He has fond memories of his time at McGill.

“As it happened, we had five or six Americans in a class of 140. I felt so privileged. My experience at McGill was very hard, because medical school at McGill was very hard. But it was a wonderful place to learn. I have a million stories about Montreal, about my American rawness while trying to mix with my Canadian counterparts.”

Eventually, concerned that time was becoming an issue, Dr. Schnader began work on the long-gestating novel, writing essentially from memory. That was 15 years ago—as is often the case with these things, it took considerably longer than planned.

Having retired two years ago, the better to focus on completing The Serpent Papers and getting up to speed with the niceties of the publishing industry (“All those things I was very naive about,” he said), Dr. Schnader now finds himself firmly possessed by the writing impulse and is looking at a variety of possible outlets. For example, might he follow some of the novel’s characters forward in time, to show where life took them after their turbulent youth?

“A number of people have said they would want a sequel,” he said. “And I do have an idea for one. But at this point I’m 200 pages into two different books, one of which is about a playwright in Tudor England under Elizabeth I’s reign.”

So, no lack of ideas, then?

“No. It’s a passion I have, and writing is about passion.”

Dr. Graham Elder knows McGill well. The Montreal native has no fewer than three degrees from the institution, in Physiotherapy, Medicine, and Orthopaedic Surgery: BSc(PT)’88, MDCM’95, PGME’00. But for a long time, there was another itch he wanted to scratch, one that was related to, but fundamentally different from, his formal training and career track.

“I’d been publishing scientific articles for years,” Dr. Elder said from his home in Sault Ste-Marie, Ontario, where he maintains a busy surgical and academic practice. He was responding to a question about his relationship with writing—knowing, of course, that we were talking about another kind of writing altogether. “At some point around my mid-forties, in my spare time, I started writing children’s books, basically bedtime stories that I turned into short novels for my kids. Then, about six years ago, a friend—who I originally met over a cadaver at med school—suggested we write together regularly.”

That two-person writing group proved a fine motivator, leading to a blog (twodocswriting.com) and instilling a regular set of goals and general project-oriented thinking. In 2020, early in the first lockdown stage of the pandemic, Elder took advantage of a 10-week period of COVID-enforced shutdown to begin work on what became, in June of that same year, the novella First Wave: A COVID Odyssey. A follow-up, the longer Second Wave: A COVID Odyssey, appeared in April 2021.

For Dr. Elder, time was of the essence with these projects. “I wanted to have (the two books) out while the pandemic was happening,” he said. There was also a spell spent learning the ins and outs of self-publishing (“Not such an easy thing, it turns out”) before he was able to meet his goal of producing works that would have the immediacy that comes with a subject still current and urgent.

Both books have their launch point in circumstances from Dr. Elder’s COVID-period life, starting with the fact that his wife happened to be in the US when the virus broke out. In both books, the real-life seed quickly leads to taut, race-against-time narratives, with the virus being the ultimate enemy. Short but packed with incident, the novella and novel are not medical thrillers, per se, more like thrillers set against a COVID backdrop, and they achieve the considerable trick of providing entertainment value without shortchanging the gravity of their subject.

Having self-published two manuscripts and prepared for the publication of another volume to complete the trilogy, Dr. Elder is now looking to place another finished manuscript with a commercial publisher, every stage of which requires a willingness to take the long view. Crucially, though, he finds the whole experience enjoyable—the writing and, to an admittedly lesser degree, the admin.

“After being so immersed in medical science for such a long time, it’s been great to have something to open up the other side of my brain. The creative part. It’s been relaxing but challenging. A big part of me wants to see all this as a nice transition into retirement.”

Meanwhile, Dr. Elder said, he sometimes finds himself reflecting on his writing journey of the past six years.

“It feels like I’ve come a long way,” he said. “But there’s always more to learn.”