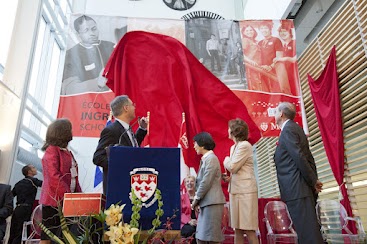 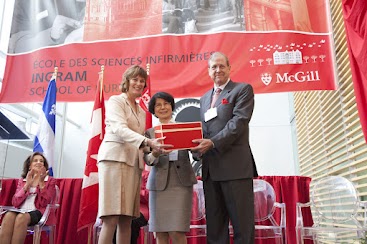 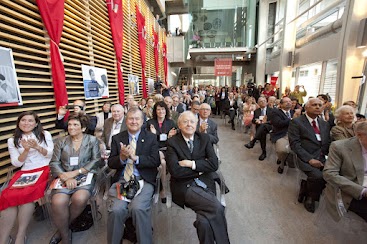 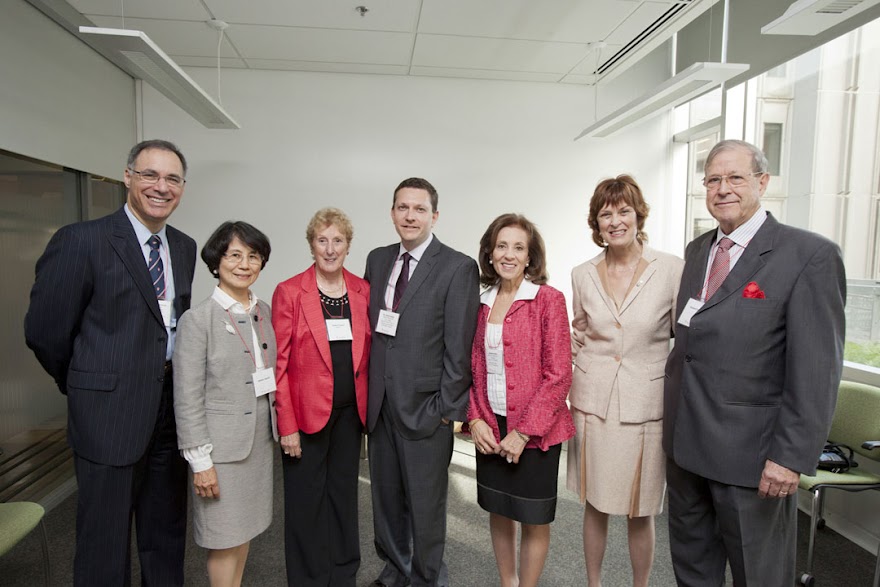 September 11, 2012 – McGill University’s Ingram School of Nursing launched a new patient- and family-centred initiative, made possible by a visionary contribution from entrepreneur and philanthropist Richard S. Ingram, of the Montreal-based Newton Foundation. McGill also announced that the School has been renamed in honour of Mr. Ingram’s longtime support of nursing at McGill and across Quebec. The new initiative announced today – the McGill Nursing Collaborative Program for Education and Innovation in Patient and Family-Centred Care – will build on evidence-based clinical research to improve outcomes for patients. It is a unique partnership involving McGill’s teaching hospitals and supported by a new Chair in Nursing Research and Innovative Practice. The Jewish General Hospital, the McGill University Health Centre and McGill University are also contributing to the initiative.

“As a start-up entrepreneur blessed with commercial success, I aspired to pioneer a contribution in some important but overlooked field of philanthropy,” said Mr. Ingram. “I wanted to focus on academic nursing in Montreal, which I view as severely underfunded and generally under-recognized by private and public funders. I dare to dream that Montreal will become one of the top five metropolises in the world for developing nursing leadership.”

“We are deeply appreciative of this transformative gift, which will allow us to continue charting a world-leading course for the practice of nursing,” said Heather Munroe-Blum, Principal and Vice-Chancellor of McGill University. “McGill’s School of Nursing has been a leader in nursing education since it was founded nearly 100 years ago. Mr. Ingram’s generosity will enable the Ingram School of Nursing to enhance its trans-disciplinary research, and promote and facilitate evidence-informed nursing practices to meet the needs of patients and their families, here in Quebec, and broadly.”

The new McGill Nursing Collaborative Program brings together nurses in clinical practice, education, research, administration and graduate training at McGill and the hospitals to tackle key areas of need in our community. The program also aims to build on the leadership of McGill’s graduate nursing program, increasing admissions and the recruitment of top clinical nurse specialists and hospital-based researchers. The new Susan E. French Chair – named in honour of a former director of the School of Nursing – was created to support this new program. Dr. Sean Clarke, newly appointed director of the McGill Nursing Collaborative Program, has been named the inaugural chairholder.

“Nursing at McGill already has a longstanding tradition of excellent clinical and research training programs from the bachelor’s through the postdoctoral levels and a great core of productive researchers, said Dr. Clarke. “My role as Chair will be to build on a very strong community and strengthen ties between the teaching, research and practice arms of nursing in order to increase the national and international impact of our programs of research and education and of our models of clinical practice.”

“This investment marks a milestone in the history of nursing in our Faculty,” said Dr. David Eidelman, Vice-Principal of Health Affairs and Dean of Medicine at McGill. “The School has been at the vanguard since its inception and continues to break new ground, experiencing dramatic growth with new graduate programs and collaborations that target society’s needs, both in Quebec and internationally. The role of nursing is expanding in our health care system, and McGill, with its partners, is proud to lead the way. ”

This latest investment builds on the recent announcement that the Quebec government will be awarding $35 million to McGill to renovate and upgrade Wilson Hall, which houses the Ingram School of Nursing as well as McGill’s School of Social Work.

After working in international development for five years in Latin America, Richard S. Ingram co-founded Archivex in 1973. It was sold in 1999 as the 4th largest (and largest privately-held) office records storage company in North America. Mr. Ingram used a portion of the proceeds to launch the Newton Foundation, which focuses on academic nursing in Montreal, with the aim of making the city one of the five leading metropolises in that area. His wife, Satoko, devotes significant time and money to LOVE (Leave Out Violence). Ingram holds a Bachelor’s of Arts in political science and economics (Honours) from the University of Toronto and an MBA from Harvard University.

Sean Clarke is a nurse researcher and educator specializing in health policy and hospital quality and safety. After obtaining his PhD in 1998 at McGill, he was a tenured professor of nursing at the University of Pennsylvania and the University of Toronto and managed research groups on health services at both institutions.

To learn more about the School of Nursing, click here