Adapted from the McGill Reporter story by Meaghan Thurston 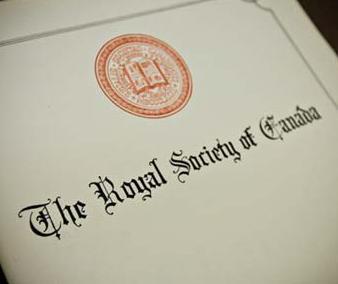 On September 8, the Royal Society of Canada (RSC) announced 87 new Fellows, including 14 McGill researchers and scholars from five faculties and schools, with four representing the Faculty of Medicine. In addition, McGill’s Vice-Chancellor and Principal, Professor Suzanne Fortier, was named a Specially Elected Fellow. The new cohort of Fellows will be inducted to the RSC on Friday, Nov. 27 in Victoria, B.C. They join the more than 150 McGill-affiliated Fellows inducted since 1966.

This year’s cohort of Faculty of Medicine Fellows includes:

“It is testament to the outstanding contributions of our professoriate for so many McGillians – more than any prior cohort – to be inducted as Fellows in a single year,” said Rosie Goldstein, Vice Principal, Research and International Relations. “These researchers epitomize McGill’s commitment to excellence nationally and internationally through world-class research and scholarship.”

Established in 1882, the RSC is the senior national body of distinguished Canadian scholars, artists and scientists. The RSC consists of over 2,000 Fellows selected by their peers for outstanding contributions to the natural and social sciences, arts and humanities. As Canada’s national academy, the RSC not only recognizes academic excellence, but it also advises governments and organizations, and promotes Canadian culture.

“McGill is delighted and proud that our Principal Suzanne Fortier has been named a Specially Elected Fellow of the Royal Society of Canada among so many distinguished colleagues and scholars,” said Stuart Cobbett, Chair of McGill’s Board of Governors. “Professor Fortier has demonstrated remarkable commitment to the excellent work of the Society in promoting the arts, the humanities and the sciences both in Canada and abroad, and she has made major contributions to Canadian public life. Congratulations to her on behalf of the entire McGill community.”

Suzanne Fortier was nominated for her collaborative approach to leadership and her commitment to mobilizing partnerships in support of Canada’s research and innovation culture. In her previous roles as Vice-Principal, Research, and Vice-Principal, Academic, at Queen’s University, and as the President of the Natural Sciences and Engineering Research Council, Prof. Fortier renewed focus on excellence in science and engineering research policy and funding to Canada’s overall research culture.

Dr. Goldstein notes that in recent years McGill has placed a particular emphasis on nominating scholars and researchers for induction to the RSC. This year’s cohort of inductees, she says, “demonstrates the full spectrum of excellent scholarship and research at McGill.”

Get the full list of new Royal Society of Canada Fellows