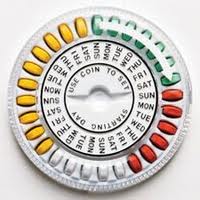 (Reuters Health) – A study out November 7 adds to evidence that a newer type of birth control pill may carry a higher risk of blood clots than older versions.

The study, of 330,000 Israeli women, found that those who used birth control pills with the hormone drospirenone — found in brand-names like Yaz and Yasmin — were more likely than other Pill users to develop blood clots called venous thromboembolisms.

Overall, there were just over six cases of venous blood clots per 10,000 Pill users each year in the study. But the risk was 43 percent to 65 percent higher with drospirenone-containing pills, compared with older, so-called second- and third-generation pills.

That increased risk would translate to about eight to 10 clots per 10,000 women per year.

Venous thromboembolisms most commonly form in the leg veins, but can travel to the lungs, where they cause a pulmonary embolism.

It has long been known that women on the Pill have a small, although higher-than-average risk of blood clots. But recent studies have suggested the risk may be relatively higher with pills containing drospirenone — which include Yaz, Yasmin, Beyaz and Safyral, along with their generic equivalents.

“It’s important to remember that all oral contraceptives are associated with a risk of blood clots,” said Dr. Susan Solymoss of McGill University in Montreal, who wrote an editorial published with the study in the Canadian Medical Association Journal.

She suggested that women who are considering their birth control options have an “open discussion” with their doctor on the risks and benefits of various contraceptives.

One key thing to consider, Solymoss said, is whether you have other risk factors for blood clots, like obesity or high blood pressure. It may make sense to avoid the Pill formulation with the highest clot risk.

To read the full article on Reuters, click here.