A specific combination of HIV and TB treatments, difficult to obtain in certain parts of the world, decreased mortality risk for patients with HIV and multidrug-resistant TB 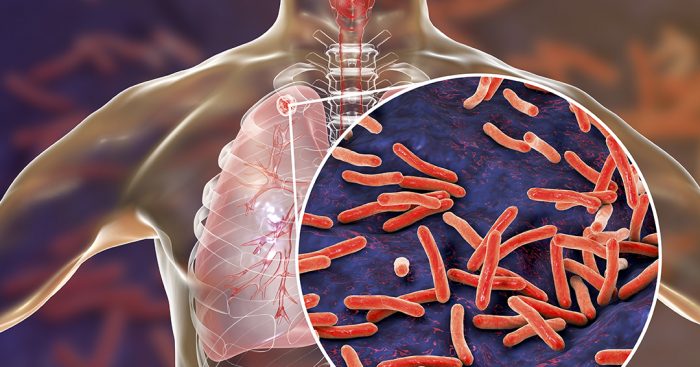 Researchers at McGill University played an important role in a recent study led by the Perelman School of Medicine at the University of Pennsylvania, that found that implementing a combination of antiretroviral therapy (ART) for HIV and newer tuberculosis (TB) medications decreased the risk of death for adults with multidrug-resistant TB. The findings, which were published today in The Lancet, suggest that every effort should be made to quickly bring these life-saving medications to those in need.

To complete their study, the research team, which included members at the Centers for Disease Control and Prevention in the United States and other institutions around the world, examined the health records of over 10,000 patients with multidrug-resistant tuberculosis in many different countries. While the drugs associated with lower mortality risk are already recommended by the World Health Organization (WHO) as first-line options for these patients, global accessibility varies widely. In Canada, where bedaquiline—one of the drugs associated with lower mortality risk—has not been licensed, Health Canada requires physicians to go through a lengthy application process, and obtain permission from Janssen pharmaceuticals, for each and every patient who requires this life saving drug.

In the largest individual patient data meta-analysis study to assess mortality risk of people with both HIV and multidrug-resistant TB, scientists first compared the risk of death for HIV-positive people versus HIV-negative people, then examined how receiving ART and different types of TB drugs altered this risk. Because of the large sample size, associations of specific TB drugs with mortality were evaluated, focusing on the most effective drugs, categorized as “Group A” by the WHO. To accomplish this, data from over 100 different investigators managed at McGill by Dr. Dick Menzies was used. The database, originally compiled some 10 years ago and updated on a near annual basis, has previously been used to inform WHO guidelines and perform other timely analyses for multidrug-resistant TB.

For this latest study, the primary statistical analyses were carried out by McGill postdoctoral fellows Drs. Mayara Bastos and Jonathon Campbell. Ultimately, using data from 52 studies and 37 different countries, the investigators controlled for things like age, the wealth of the region in which the individuals lived, and severity of drug resistance. Researchers found that while patients with HIV infection were at higher risk of death, this risk was reduced substantially when Group A TB drugs and ART were used. As there are various types of Group A TB medications, the odds of survival varied based on which Group A medication or combination was employed. When looking at only those with HIV, the risk of death was reduced by over 80% with use of specific TB drugs, including bedaquiline.

Having both tuberculosis and HIV is not uncommon. Multi-drug resistant TB affects roughly half a million people around the world every year according to the WHO. And of all those with TB, about 9 percent are also HIV positive. It is not surprising since HIV makes people more susceptible to all kinds of infections, like TB, as well as viral and fungal infections, Bisson said. But the reason patients in need don’t often receive effective treatments for one or both of the conditions is mostly due to accessibility.

“Removing barriers to accessing effective ART and TB medications should be a priority for the global community,” says Dr. Bastos. “Whether it be through significant price reductions, strengthening supply chains to prevent drug shortages, or motivating governments and pharmaceutical companies to license these life-saving drugs in their jurisdictions, we must find a way. The time for excuses is over. The association with mortality we found in this study convincingly shows any further hesitation is putting patients’ lives at risk.”

While ART has been found to decrease risk of death when given during treatment of drug-sensitive TB, there has been less evidence indicating this is the case in the more complex case of highly-drug resistant TB disease. Hesitance to use ART when patients are on several drugs for drug-resistant TB may also come from the potential toxicity of ART medications. Negative effects from ART can range from neuropathy to a rash and central nervous system toxicity. While the researchers agree that ART medications may have adverse effects, their benefits far outweigh their risks including in drug-resistant TB.

This research lays a foundation to further investigate the success of specific ARTs in conjunction with TB medications. It also allows the medical community to study methods that might bring these treatments to those who have trouble affording them or accessing them where they live.

Source files from the University of Pennsylvania