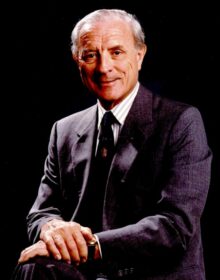 In 1998, Dr. Kinch returned to the Department to teach residents and medical students, and soon after, the Robert Kinch Fellowship in Obstetrics and Gynecology was created. He will be best remembered at McGill for the remarkable legacy he has left in academic medicine. A beloved mentor and teacher, he taught up to the age of 86 and launched generations of medical students, residents and fellows into the field of obstetrics and gynecology. He was recognized for this achievement by being awarded the prestigious Osler Teaching Award in 2002. More information ►