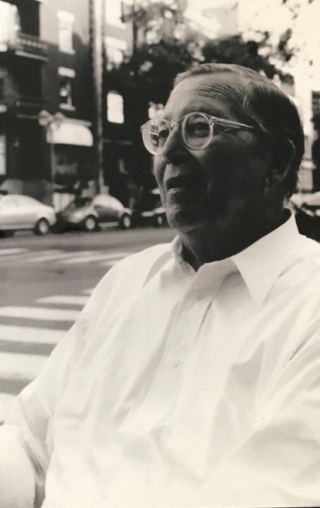 The Neuro was saddened to learn of the passing of long-time Neuro supporter David L. Torrey on July 16, 2019. He leaves behind a strong legacy as both a successful Montreal businessman and a dedicated volunteer and philanthropist.

In addition to a fruitful career as an investment banker, Mr. Torrey generously volunteered his time as a board member and trustee for both the MS Society of Canada and St. Lawrence University respectively, two institutions that were near to his heart.

Mr. Torrey decided to support The Neuro and the Multiple Sclerosis Program after his daughter became a patient of the MS Clinic. He was himself a patient of The Neuro, where he was treated for a chronic condition known as inflammatory demyelinating polyneuropathy.

Already a loyal supporter of The Neuro, in 2015 Mr. Torrey decided to make a transformational investment in the people and work that had so impacted his life by establishing the David L. Torrey Multiple Sclerosis Endowment Fund for Excellence. Since its creation, the fund has grown to over $1 million thanks to his generosity. Each year, the interest generated from this endowment provides crucial support for the MS program’s most urgent needs, including strategic recruitment, equipment, and clinical testing.

“The Neuro is the location of some of the best research into many neurological diseases, but especially MS as far as I’m concerned,” said Mr. Torrey upon the fund’s establishment. “It’s a cause that’s near and dear to my heart because of my daughter. I know the work of researchers like Dr. Jack Antel will lead to improvements in the lives of people with MS.”

Mr. Torrey’s obituary prepared by his family can be found here: