The whats, hows and whys of working with media. Some thoughts and tips from Prof. Madhukar Pai 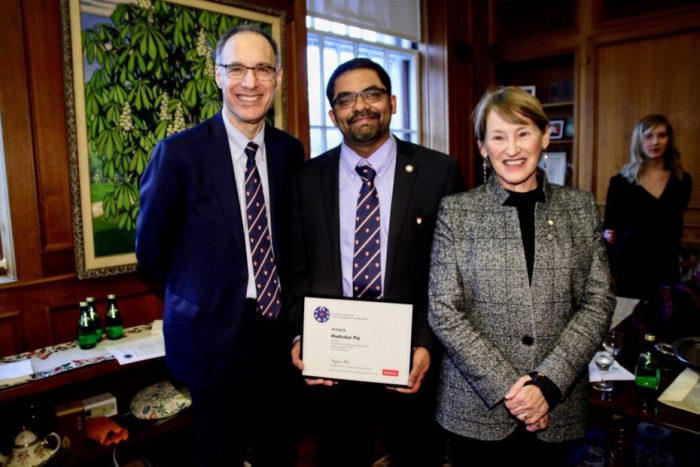 I was thrilled, last year, to receive the 2018 Principal’s Prize for Public Engagement Through Media. It means a lot to me. It reminds me that I am lucky to be a professor at a University that encourages academics to reach beyond the hallowed halls of the academe.

Why do it? Well, if we don’t, less credible, less knowledgeable people and quacks will dominate the media. This is already happening and is neither good for science nor policy. Take the growing anti-vaccination movement, for example. The World Health Organization considers the anti-vaccination movement among the 10 biggest threats to global health. Or, the exploding multi-trillion dollar “wellness” industry that peddles snake oil.

What about people, including elected leaders, who deny the science around climate change? Greta Thunberg had to plead to the US Congress to “unite behind the science.” And millions of people, especially the youth, had to take to the streets this fall, to force policy makers to wake up, accept the science, and do something about global warming.

There was a time when science meant something. Not anymore. We now have to “march for science” and make a case as to why good research matters. With science under attack, scientists have little choice but to step into the limelight and fight for what matters most. This includes writing in the media, giving interviews, marching on the streets, and speaking at public meetings, whether it is giving a TED talk, speaking at a neighbourhood community meeting, addressing parliament, or delivering a speech at the United Nations.

Last year, I had the wonderful opportunity to speak about tuberculosis at the United Nations (I was the only academic on the agenda!), where I argued for the need to “science the shit out of TB.” It was a stressful experience because I was given just a few minutes, but I enjoyed the challenge, and learnt a lot from the experience.

Public and political support for research cannot be taken for granted. So a good reason to engage with the public and the media is to show that academics can step down from their ivory towers and get engaged in solving real-world problems. It is also sometimes important to remind donors and the public that investments in research do pay-off.

No shortage of platforms

Do we wait for media to call us, or can we be proactive? Over the years, I have learnt that we do not have to passively wait for the media to pick-up our research and cover it. We can write for the public ourselves. There are plenty of platforms. We can share our research via social media, blogs, podcasts, webinars, TED talks, etc. We can also write op-eds for newspapers and blog posts for a variety of online magazines and news outlets.

While social media is great for short messages and links, longer pieces require blogs, magazines and newspapers. I have published opinion pieces in the Huffington Post, Forbes, The Conversation, Scientific American, STAT News, and Devex among others. These pieces have reached tens of thousands. They have helped amplify my research, raised awareness about issues that I care about, reached audiences that do not read journals, and built a sizeable social media following. These, in turn, often result in invitations to write, or requests for media interviews.

When we write for the media, readers get to hear from us, directly, with no filters or distortions. We get to control the key messages. We can carefully choose the words that do justice to our work and thoughts. I enjoy this freedom. I am now a regular contributor with some media channels and can post my articles anytime I think I have something compelling to say.

Social media and popular media are great for reaching non-academic audiences, and particularly important if we want to influence policies. The number of people reached via these media can be staggering. Also, politicians, donors, and policy makers are highly unlikely to read journals. But nearly all of them are on social media and read newspapers and magazines.

To successfully engage the public, we need to use simple, jargon-free language. We need to “tell our stories” in much fewer words than journals and books allow. None of this come naturally to academics. And, most importantly, we must be mentally prepared for the occasional online abuse, hate mail, and trolls. Indeed, climate and vaccine scientists get harassed all the time.

For academics, peer-reviewed publications in scholarly journals continue to be the primary portal for knowledge dissemination. But researchers are increasingly engaging with the mainstream media, the public at large, as well as policymakers. And if we believe in our research, then we must be unafraid to defend that in public. Even if it means getting outside our comfort zone.

Get more information about the 2019 Principal’s Prize for Public Engagement through Media.