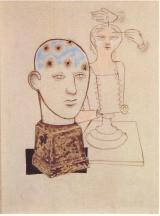 There are seven billion human brains on the planet, but even the best minds in neuroscience aren’t really sure how they work. How does a network of a hundred billion neural connections generate thoughts and feelings and motivate action? An international team of researchers is taking a crack at finding out by building a brain of its own. Boosted by a massive funding commitment from the European Commission, announced on Monday January 27, the Human Brain Project is a $1.6-billion effort that will draw on a growing body of research about brain structure and function and aim to translate it into a multilayered supercomputer simulation. While it is by no means the first effort to approximate the brain “in silico,” the scope and scale of the project is beyond anything attempted to date. Skeptics question whether it can succeed. Co-ordinated from Lausanne, Switzerland, the project is expected occupy about 200 researchers at dozens of institutions around the world for a decade or more. Among them is Alan Evans, a professor of neurology at McGill University and an expert in brain imaging at the Montreal Neurological Institute. He spoke with The Globe and Mail’s science reporter, Ivan Semeniuk, on the art of brain-building.

Read the full story from The Globe and Mail