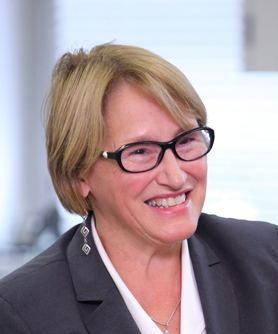 I am very pleased to share with you that the Government of Quebec announced today a $37-million commitment to McGill. The investment is to plan the transformation of the Royal Victoria Hospital (RVH) into a bold new multidisciplinary research and learning centre for sustainability systems and public policy.

The Government has asked the Société québécoise des infrastructures (SQI) to develop a master plan for the entire site of the former hospital. It announced that it intends to transfer part of the RVH site to McGill, and will authorize the SQI to plan the transfer process.

Working closely with the SQI and the Ville de Montréal, we will now proceed with work on detailed design specifications for the McGill portion of the site.

I want to thank the Government of Quebec for supporting a transformative project for McGill, for Montreal, for Quebec and beyond. This project will allow us to build a diverse academic neighbourhood that will be home to the McGill Sustainability Systems Initiative and the new Max Bell School of Public Policy as well as new learning and innovation facilities.

This historic site will be an important gathering place for people from Quebec and around the world to learn, conduct research and innovate, in order to address the most pressing issues of our time, particularly environmental sustainability.

The RVH will provide us with the open, high-tech space we need in order to evolve the way we learn and do research for McGill’s third century.

This project will also help address our space deficit on the downtown campus. In the coming months, we will engage with the McGill community to explore the best use of the space that will become available when people move to the RVH, in approximately eight years.

For more information on these developments, I invite you to read the McGill Reporter story.

Thank you, and have a wonderful long weekend.

CBC | Quebec to give McGill the old Royal Vic site, plus $37M for design plan