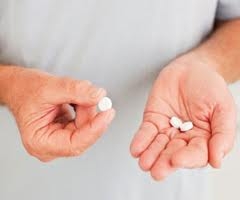 Probiotics, the live bacteria found in yogurt and other foods, are known to improve digestive health. But cholesterol levels? Some believe that the beneficial bacteria bind to cholesterol in the small intestine, preventing it from being absorbed into the bloodstream. But research has been mixed, and the studies reporting positive findings tend to be the ones financed by makers of probiotic supplements.

In a randomized study published in November, for example, researchers at McGill University recruited 127 people with high cholesterol and split them into two groups. One took a probiotic supplement twice a day for nine weeks, while a second group took a placebo. The probiotic group saw their total cholesterol drop by 9 percent and their LDL, or “bad,” cholesterol fall almost 12 percent. The study was financed by a probiotics company, Micropharma. Another company that makes probiotic products, MD Foods, has made similar research claims… Probiotics may improve digestive health, but the jury is still out on whether they can reduce cholesterol levels.