Project will help recruit and retain doctors in the region 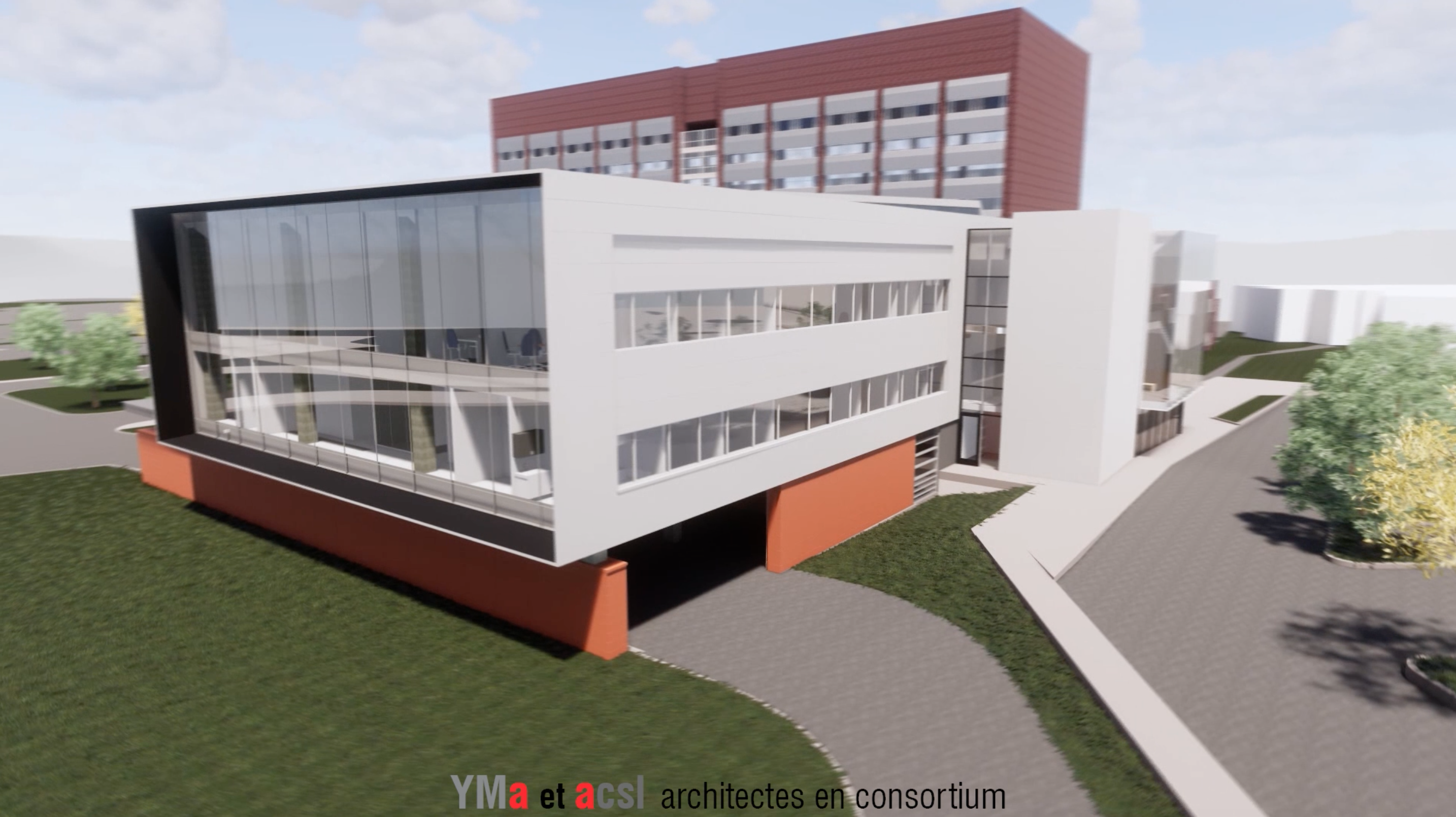 By Lisa Dutton
Students interested in becoming a physician will soon be able to complete their four-year undergraduate medical education in Outaouais, in French.  Construction of McGill’s new Faculty of Medicine Outaouais Campus in Gatineau has begun with the first cohort of 24 students starting the MDCM program in August 2020 in new ultramodern facilities.  The project is a partnership between McGill and the Centre intégré de santé et services sociaux (CISSS) de l’Outaouais.

“Our goal is to support the CISSS de l’Outaouais in its efforts to increase health care capacity in the region,” says Dr. David Eidelman, Vice-Principal (Health Affairs) and Dean of Medicine at McGill.  “The new Outaouais Campus will attract students and physician-teachers from the region as well as other areas of Quebec to help meet the population’s health care needs.”

The Outaouais Campus will allow future doctors to complete their entire medical education locally, from their undergraduate medical degree to their post-doctoral training. For three decades, McGill clerks and residents have been developing their clinical competencies and professional identity within the Outaouais health care network. Similarly, students at the new campus will follow the McGill medical curriculum in French.

“The Outaouais Campus is a significant gain for the region’s health care and academic sectors.  Training doctors and eventually having them establish their practice in the region is a very important step forward,” says M. Jean Hébert, President and Director General of the CISSS de l’Outaouais. “Teaching future doctors in the Outaouais region is expected to improve access to quality health care, which is excellent news.”

Building on past success

Since 1988, McGill has been working closely with the CISSS de l’Outaouais and its predecessors to train medical students and residents.  With the creation of the Réseaux universitaire intégré de Santé (RUIS) by the Ministry of Health and Social Services in 2003, the relationship between McGill and the region was further strengthened.  The mandate of the McGill RUIS is to help facilitate access to health care, teaching and research in designated areas of Quebec.  The McGill RUIS includes the Outaouais region, as well as several others from the Montérégie to Nunavik.

“The opening of the Outaouais Campus represents a pivotal milestone,” says Dr. Samuel Benaroya, Vice-Principal and Vice-Dean of Health Affairs at McGill. “By offering its entire medical education program locally, McGill is reinforcing its ties with Outaouais and its citizens.”

“The project is a natural progression of McGill’s 30-year commitment and collaboration to help build health care capacity in Outaouais,” explains Dr. Gilles Brousseau, Assistant Dean of Medical Education for the Outaouais region. “By training students earlier and longer in the region, we are increasing the likelihood of recruiting new graduates and of retaining Faculty members and administrative staff there as well.”

This fall, the McGill Faculty of Medicine’s Admissions Office is attending career fairs organized by the region’s three CEGEPs and two area universities. The goal is to make CEGEP students aware of McGill’s medical-preparatory program (Med-P), a one-year program offered by McGill’s Faculty of Science, and to let students with a bachelor’s of science or other degree know about the possibility of studying medicine at the new Outaouais Campus as of 2020.

The construction project involves adding two floors to the Emergency Department of the CISSS de l’Outaouais’ Gatineau Hospital.  One floor will be the new home of the Groupe de médecine familiale universitaire (GMF-U) de Gatineau and the other will house the Faculty of Medicine’s teaching facilities, including a high-tech simulation centre.

“The opening of the McGill Faculty of Medicine’s Outaouais Campus is a major step in the development of our academic mission and will enable us to become an Integrated University Health and Social Services Centre in the near future,” says Ms. Laurence Barraud, Director of Teaching, University Relations and Research at the CISSS de l’Outaouais.

Phase one of the construction began this fall and will continue for approximately six to eight weeks.  Phase two will start in January 2019.  Many professionals from Gatineau are collaborating on the project’s design and construction: the architectural consortium of Yelle Maillé with the Groupe LRAA+ACSL, the electromechanical engineering firm of Bouthillette-Parizeau and the civil engineering firm of CIMA+ have all been awarded contracts.

The preparatory work will be completed by Equinox, a Gatineau general contractor in civil engineering and roadwork with a specialization in water and wastewater lines.

Based on the experience of the Université de Sherbrooke’s satellite medical campus in Saguenay, the direct and indirect economic benefits of the Outaouais Campus for the region are promising and could reach several million dollars per year, notably through job creation and the purchase of goods and services.

We’ll keep you up-to-date on the project’s progress.