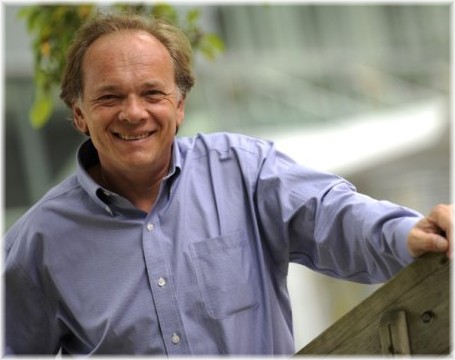 Professor Philippe Gros, PhD, will become Deputy Vice-Principal (Research and Innovation), effective November 1, 2018. The creation of this new role reinforces McGill’s strategic priority to be a world leader in both research and innovation.

As Deputy VP R+I, Professor Gros’ principal mandate will be to support the overall mission of advancing innovation and research excellence at McGill. He will, in particular, provide strategic vision and leadership in setting the course for how innovation and partnership initiatives are conceived, funded, and organized at McGill as well as collaboratively nationwide and internationally. He will also support the overall strategic directions of large-scale national and international research initiatives at the University.

Professor Gros has served as Vice-Dean, Life Sciences, for the Faculty of Medicine since January 2013, with great acumen and insight. In that time, he led the development of the Faculty’s current Strategic Research Plan and introduced new approaches and mechanisms to increase the robustness and success of our research enterprise. He has defended the research mission at every level of the University with passion and with rigour and has, through his advocacy, raised the bar of research excellence in our Faculty.

Renowned throughout North America and abroad for his investigations and discoveries of genes, proteins, and pathways that influence complex human diseases, Professor Gros holds six patents and is the author of close to 400 scientific publications. He is also the recipient of numerous awards, including: the McLaughlin Medal for Scientific Excellence from the Royal Society of Canada (2014), the Queen Elizabeth II Diamond Jubilee Medal from the Association of Universities and Colleges of Canada (2013), the Killam Prize in Health Sciences from the Canada Council for the Arts (2009), and the Prix Wilder-Penfield from the Government of Quebec (2008). He became a Fellow of the Royal Society of Canada in 2003 and an Officer of the Order of Canada in 2016. Leading research organizations and private sector companies regularly call upon his expertise – experiences that will help shape and inform the new Deputy VP R+I role.