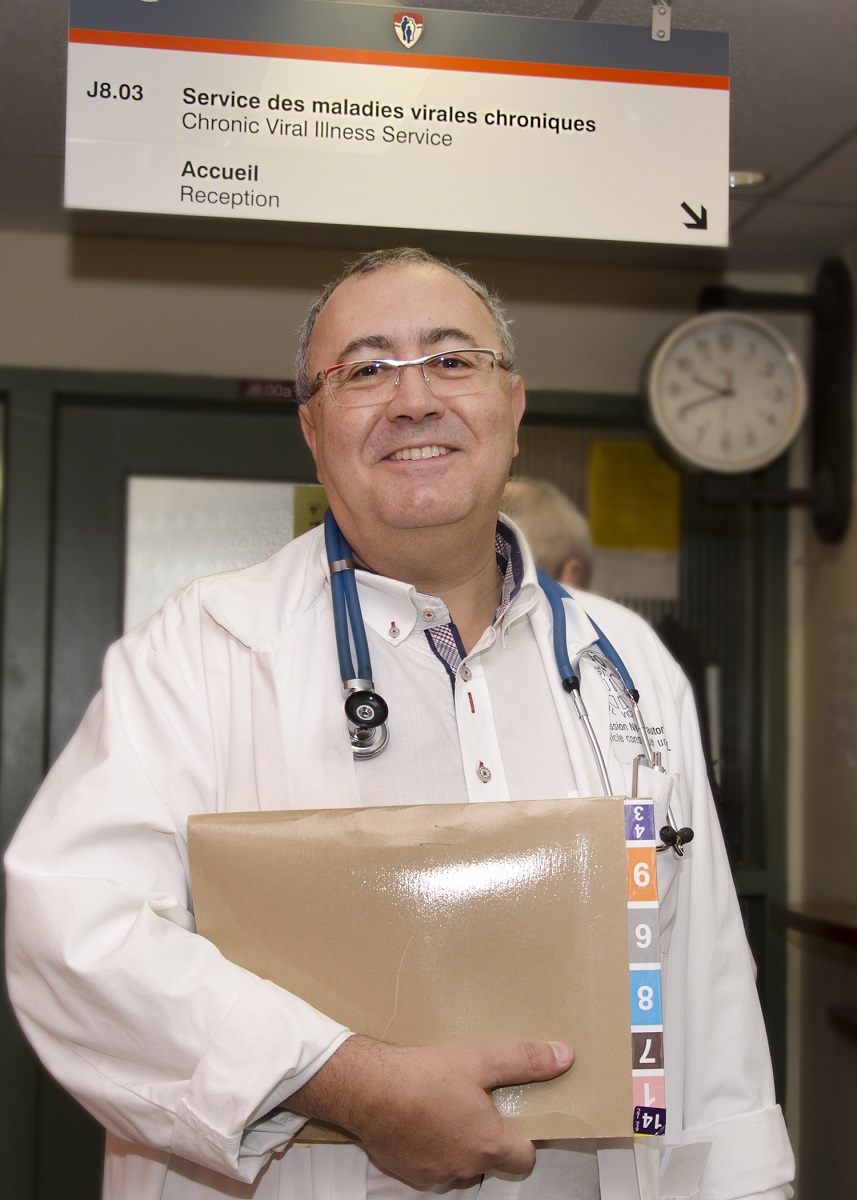 In a groundbreaking study published in Nature, an American team of researchers from the University of North Carolina at Chapel Hill and Emory University in Atlanta achieved a long-sought-after goal: to push the HIV virus out of dormancy.

“We are halfway there,” says Dr. Jean-Pierre Routy, Senior Scientist at the Research Institute of the MUHC, Clinical Director of the Chronic Viral Illness Service at the MUHC, and the only Canadian to have participated in the study. “The HIV virus hides in CD4+ T cells in a latent form that is invisible to immune cells. We ‘pulled’ it out of the human gene in a way that was never achieved before, so that it could be recognized and attacked by the immune system. And we succeeded in doing this both in mice tolerating human blood —‘humanized’ mice—and in SIV-infected monkeys, which gives us great hopes for the future.”

Currently, HIV-positive people are on antiretroviral therapy (ART) that can suppress HIV to undetectable levels in the blood, but the virus persists throughout the body in infected CD4+ T cells. The immune system cannot recognize these infected cells, and no therapy can eliminate them.

“When ART is stopped, the viral load rebounds rapidly in the blood. This is why HIV-positive people have to take ART continuously,” explains Dr. Routy.

The team of researchers used a compound called AZD5582 to activate latently infected CD4+ T cells via a non-canonical NFkB inflammatory pathway, and they did so at impressive levels in blood and in many different tissues, with little or no toxicity. Their results pave the way for the development of a therapeutic target as the virus can now be seen under antiretroviral therapy.

“The number one challenge for a cure was to expose the latent viral reservoir,” says Dr. Routy. “Now that we achieved that, we are closer to challenge number two, which is to eliminate it as a visible foe. And there is promising research happening on that front, too.”