Montreal October 2, 2014 – Treatment approaches to reduce the risk of bone complications (metastasis) associated with breast cancer may be one step closer to becoming a reality. According to a study led by a team at the Research Institute of the McGill University Health Centre (RI-MUHC), findings show that medication used to treat bone deterioration in post-menopausal women may also slow skeletal metastasis caused from breast cancer. This study, published in this month’s issue of the Journal of the National Cancer Institut(JNCI), is among the first to link bisphosphonate (a common osteoporosis medication) use with improved survival in women with breast cancer.

“Skeletal metastases develop in up to 70 percent of women who die from breast cancer,” says study co-lead author, Dr. Richard Kremer, director of the Bone and Mineral Unit at the MUHC and a professor in the Faculty of Medicine at McGill University. “This causes considerable suffering and is life-threatening. Preventing this could translate into saving a significant number of lives.”
Reduction of metastatic risk by half

Dr. Kremer and co-lead author, Dr. Nancy Mayo, worked with colleagues to evaluate data from more than 21,000 women diagnosed with breast cancer. The relationship between use of oral 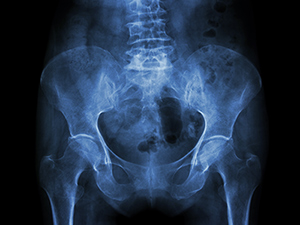 bisphosphonates and development of bone metastases after diagnosis with breast cancer was evaluated in two groups of women: those with early stage, localized, cancer and those whose cancer had spread to lymph nodes. Their findings showed that women with early stage breast cancer who had taken oral bisphosphonates, either before or after diagnosis of their cancer, had a reduced risk of bone metastasis. In addition, their study showed that women with later stage cancer, who took oral bisphosphonates post-diagnosis, also had a significantly reduced risk of bone metastasis.

The researchers also established a dose-response relationship with oral bisphophonate use in women with local disease: longer time spent on bisphophonate medication resulted in a greater reduction of bone metastases. “Our study is novel in that it mainly involved women who were post-menopausal and in whom bone-turnover is high due to osteoporosis,” says Dr. Richard Kremer who is also an RI-MUHC researcher. “We believe that this process results in an environment that is favorable for tumour cell growth and consequent metastasis. We know that bisphosphonates work by slowing down this bone-turnover. This will, in turn, make it harder for tumour cells to establish in the bone and may explain why we saw such a decline in metastasis.” 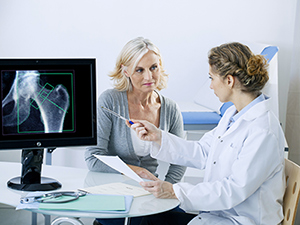 “An association between bisphophonate use and improved survival was also observed and this merits further investigation,” Dr. Mayo, RI-MUHC researcher and James McGill professor in the Faculty of Medicine, School of Physical and Occupational Therapy at McGill. “Ours was an epidemiological study, involving a large number of women strengthening the importance of the findings. However, clinical interventional studies are needed before the results can be translated into standard clinical practice and guidelines.”

This research was made possible thanks to funding from the Canadian Institutes of Health Research (CIHR), the Canadian Breast Cancer Research Initiative, the Quebec Network for Research on Drug Use , the Fonds de recherche du Québec – Santé (FRQS) and the Susan G. Komen Foundation.

Research Institute of the MUHC: rimuhc.ca