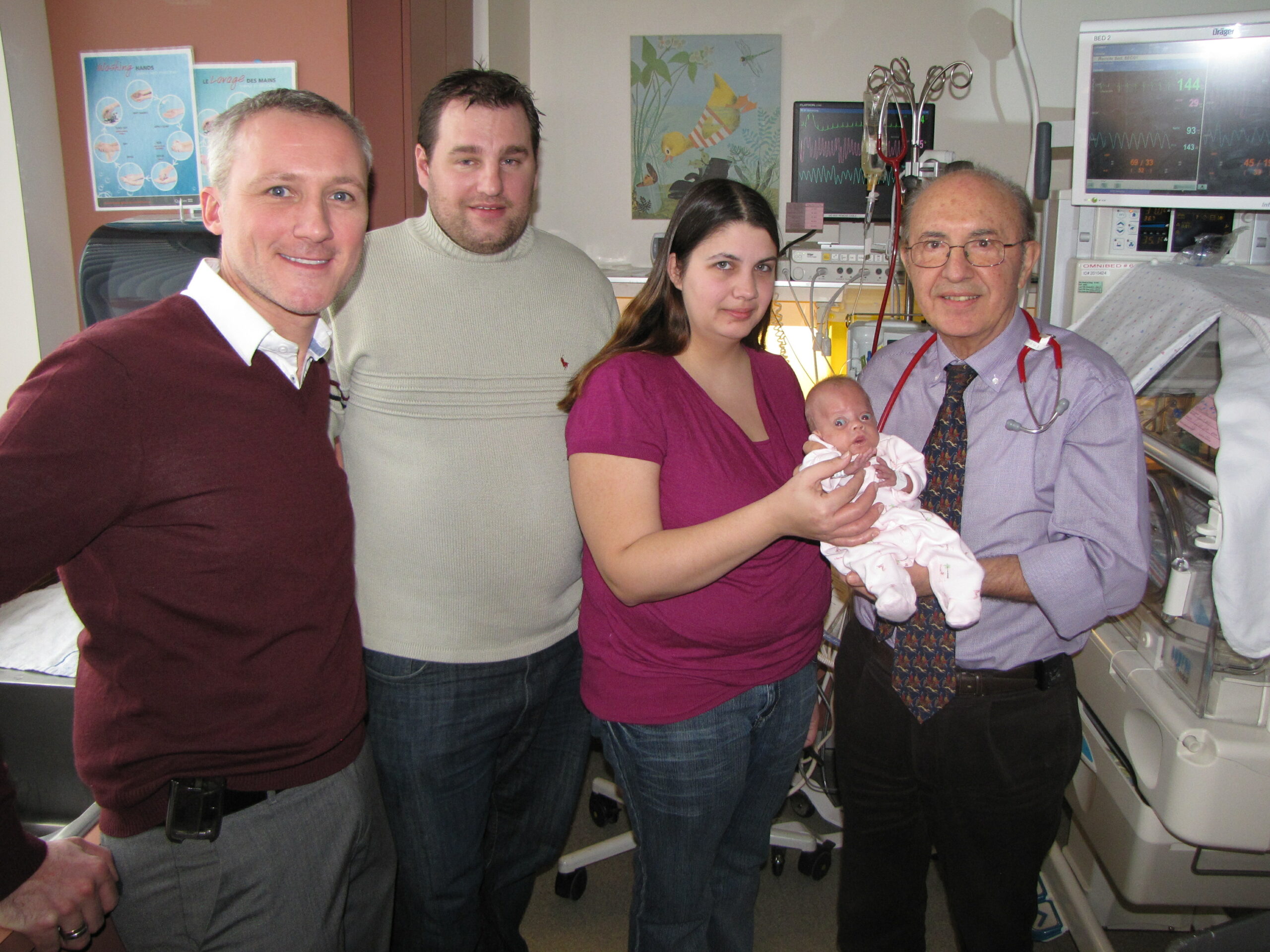 Finally going home by end of the week

The smallest baby ever to be born and survive in Quebec is thriving, after she entered the world almost four months before she was due.

Amélia Renard weighed only 375g when she was born 14 weeks premature at the Jewish General Hospital (JGH) on September 12, 2012. After round the clock care at the JGH Neonatal Intensive Care Unit (NICU), Amélia is now tipping the scales at 2065g and her parents will have her home by the end of this week.

“There is so much stress in a situation like this, so much is unknown,” says Amélia’s mother, Caroline Lefebvre. “It is so exciting to know that we can soon take her home after so many weeks. Amélia has been here so long that she has developed her very own fan club!”

So small she could fit in her doctor’s hand, Amélia has spent the first few, crucial months cocooned in an incubator in the JGH NICU, where a team of doctors and nurses kept watch around the clock, ensuring her survival….