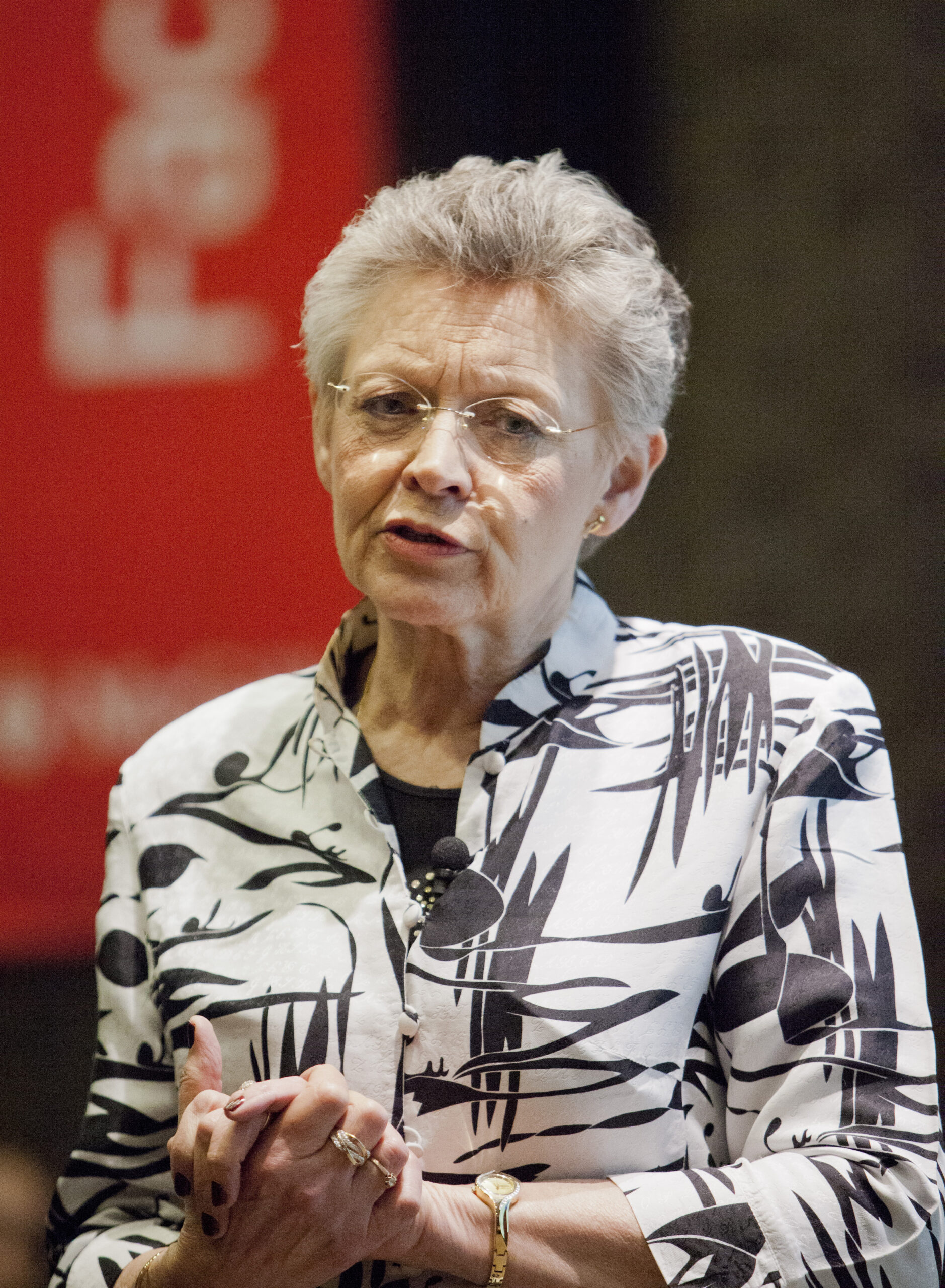 Thirty years after her groundbreaking research led to the identification of the human immunodeficiency virus (HIV) as the cause of AIDS, Professor Françoise Barré-Sinoussi says that, although progress has been made, significant strides remain before a cure or vaccine, both so urgently needed, becomes available.

She made the remarks while in Montreal on May 27, 2013, speaking before a packed house at McGill University’s R. Howard Palmer Amphitheatre as the inaugural speaker of the Andrew F. Holmes Dean of Medicine Distinction Lectures. The following day, the University’s Chancellor H. Arnold Steinberg, accompanied by Dr. Mark Wainberg – Director of the McGill AIDS Centre and a leading researcher in the field – conferred on Prof. Barré-Sinoussi an honorary doctorate during the 2013 Health Sciences Convocation.

Prof. Barré-Sinoussi – who co-shared a Nobel Prize in medicine in 2008 in recognition of her seminal 1983 paper – is one of the foremost authorities in the world on AIDS-related research and currently President of the International AIDS Society. She spoke to the mixed crowd of faculty and students of the urgent need to resolve this global health issue that sees 2.5 million new cases diagnosed each year and over 33 million people affected by the disease worldwide. A proposed goal that would see 15 million affected patients receiving treatment by 2015 comes with an estimated price tag of $22 billion using current means. Long-term treatment is unsustainable as a result, she says, underscoring the need for a cure and vaccine.

Yet, Prof. Barré-Sinoussi offers hope, saying that there is a much better understanding of the HIV pathogenesis today than there was thirty years ago. Proof of concept studies and examples such as the “Berlin” patient – whose bone marrow transplant to treat leukemia resulted in the AIDS virus becoming undetectable in his body – offer additional optimism.

With researchers around the world, including a team led by Dr. Wainberg at McGill, consolidating their efforts and sharing data, as well as increased interactions between basic and clinical sciences, Prof. Barré-Sinoussi is confident that we will, in the not too distant future, find a cost-efficient strategy for the treatment and prevention of AIDS, solving one of the great medical challenges of our time.

The recording of Professor Barré-Sinoussi’s Holmes Lecture is available here.