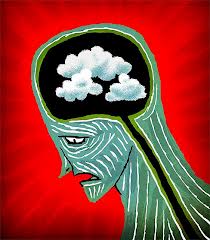 A comprehensive analysis of studies of depression screening among patients with coronary heart disease has concluded that there is no evidence to support the idea that routine screening improves either depression or cardiac outcomes. The research, led by scientists at the Lady Davis Institute at the Jewish General Hospital, in Montreal, Quebec, appears in the medical journalPLoS ONE.

Since 2008 the American Heart Association (AHA) has recommended routine depression screening for all patients with heart disease. In light of these findings, Dr. Brett Thombs, lead author of the study, argues that the AHA should revise its position.

“Depression is an important problem in heart disease, and we need to do a better job managing it,” said Dr. Thombs, a senior investigator at the Lady Davis Institute and William Dawson Scholar and Associate Professor of Psychiatry at McGill University, “but the evidence simply doesn’t support screening as a solution at this point. Screening expends a great deal of resources on something that is notlikely to benefit patients.”

The complete article, entitled “Does Evidence Support the American Heart Association’s Recommendation to Screen Patients for Depression in Cardiovascular Care? An Updated Systematic Review” by Dr. Brett D. Thombs et al can be found in PLoS ONE athttp://dx.plos.org/10.1371/journal.pone.0052654.