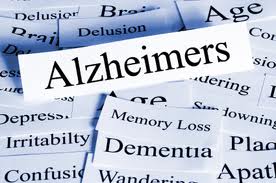 A revolutionary new technology has the ability to detect and diagnose Alzheimer’s disease with unprecedented accuracy. The computerized technique known as SNIPE analyzes magnetic resonance imaging (MRI) scans to capture patterns of atrophy specific to the disease in brain structures, specifically the hippocampus and entorhinal cortex. Diagnosing Alzheimer’s disease (AD) is still an inexact science, relying mainly on the patient’s symptoms and performance on memory tests. Detecting pre-clinical AD, before symptoms appear, is extremely difficult. So far, the only way to definitively establish the diagnosis is through a post-mortem examination of a patient’s brain. However, SNIPE, developed at the Montreal Neurological Institute and Hospital – The Neuro, can differentiate Alzheimer’s from normal aging with an accuracy of 93%. The technology has also been used for prognosis – it can predict with 75% accuracy which patients with mild cognitive impairment will remain stable and which will progress to this debilitating disease.

Alzheimer’s disease affects 500,000 Canadians, 5 million North Americans and 25 million people worldwide. That number is expected to quadruple by 2050. Hope lies with early treatment, before irreversible degeneration of brain tissue occurs. However, it is difficult to test drugs in patients with early AD, since only 10 to 15% of patients with a mild cognitive impairment go on to develop the disease per year. This figure is too low to permit reasonably sized clinical trials. Drs. Louis Collins and Pierrick Coupé and their colleagues at The Neuro, at McGill University and the MUHC, have developed a new sophisticated tool to detect patterns of brain atrophy characteristic of Alzheimer’s disease using MRI. This computer analytics program is designed to help physicians diagnose the disease and predict which patients with mild cognitive impairments are at risk of developing the disease.

“What we have developed is currently the most accurate imaging biomarker for diagnosis and prognosis of the disease,” says Dr. Louis Collins. “SNIPE, which stands for Scoring by Non-local image Patch Estimator, will also be used to enrich patient selection for clinical trials, thus facilitating the development of new pharmaceutical treatments.”

Read the full story from the Montreal Neurological Institute