Amyloids are aggregates of proteins that stick together and have been implicated in various human diseases, including Alzheimer’s disease. As the enzyme that initiates amyloid formation in Alzheimer’s disease, the beta-secretase (BACE1) enzyme has become a prime target in the efforts to prevent the disease. Until now however, the cellular state of the enzyme has not been well understood.

A study led by researchers at McGill University’s Faculty of Medicine offers a step forward in understanding the cellular state of BACE1 and identified an unexpected role of the enzyme. The results of the study were published recently in the Journal of Biological Chemistry. 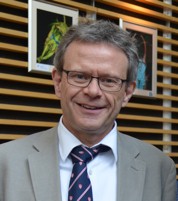 “In the context of Alzheimer’s disease, the ultimate goal is to develop small molecule inhibitors, which could precisely decrease the production of amyloid,” says Dr. Gerhard Multhaup, Chair of the Department of Pharmacology and Therapeutics at McGill and the study’s senior author.

The research conducted in collaboration with Freie Universität and Humboldt Universität in Berlin as well as Université de Montréal was fraught with several obstacles. A few years ago, they set out to purify BACE1 from human brain tissue to thoroughly understand its function. One of the methods they decided to use at the time involved separating BACE1 from metal-ion binding proteins using a specific chromatographic technique. Surprisingly, in doing this, they found that BACE1 remained bound to the column, indicating that it interacted with metal-ions. Upon closer inspection, they identified a potential copper binding motif within the transmembrane region that anchors the protein in cellular membranes. 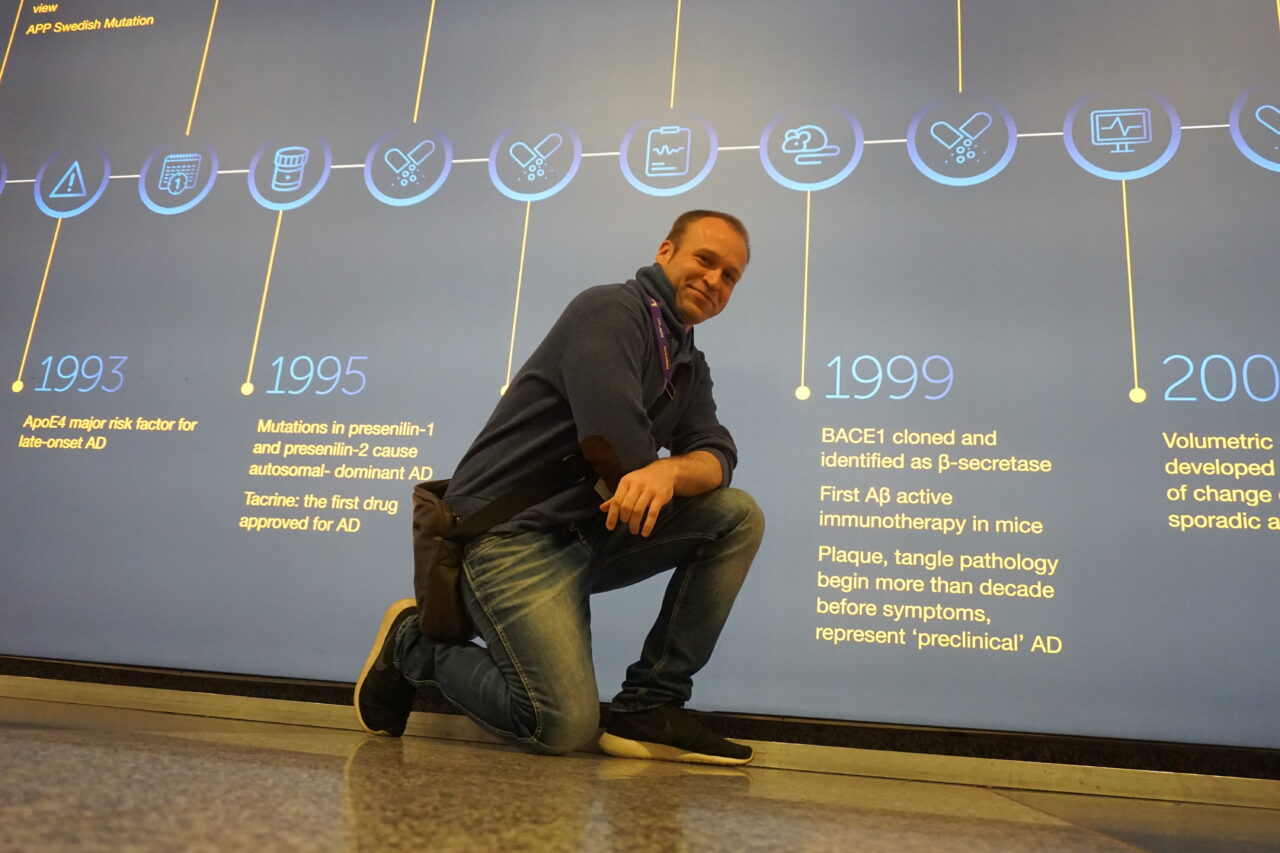 Building on this finding in their more recent study, Dr. Filip Liebsch, first author of the study and PhD student in the Multhaup lab at the time, confirmed that BACE1 can indeed bind copper ions and discovered that this interaction has a function in regulating copper distribution inside cells. “This is important because copper is an essential micronutrient and cofactor to more than 30 enzymes and its transport throughout the cell needs to be tightly regulated, due to potential toxic effects,” explains Dr. Multhaup. Together with other researchers in Montreal, Dr. Liebsch was also able to find that BACE1 does not exist as a single isolated enzyme but instead forms complexes, which are comprised of three units of the protein. “Our discovery is the first step towards solving the complete structure of this important enzyme, which may lead to an improved rational design of allosteric and competitive inhibitors in the future to stop amyloid production,” notes Dr. Multhaup. “Thus, such improved inhibitors for therapeutic approaches, which do not interfere with the cleavage of other substrates, are desperately needed.”

The researchers plan to undertake efforts to identify interacting partners that could potentially participate in this novel regulatory function of BACE1. Further characterization of the cellular structure of the protein in complex with its substrates could be useful for pharmacological approaches.

While finding ways to inhibit amyloid production is their goal, Dr. Multhaup cautions that as a promiscuous enzyme with various substrates, the general inhibition of BACE1 would likely lead to multiple side effects. “We believe that a thorough understanding of the structure of full-length BACE1 in complex with its substrates will be crucial in the rational design of such substrate-specific inhibitors,” he says. “Given the effects of BACE1 on cellular copper, therapeutic approaches aimed at decreasing BACE1 levels should be regarded with caution, since adverse effects in copper homeostasis may occur.”