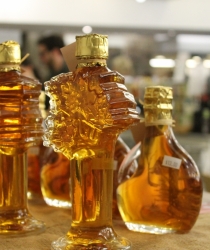 For some Canadians the sweet smell of money has an aroma exactly like its famed maple syrup.

The introduction of new polymer based bills began in November 2011, but last month more common $5s and $20s have entered circulation. With it has come a flurry of unsettling observations ranging from their supposed aroma to complaints that the bills become sticky and even melt in the heat.

Dr. Marilyn Jones-Gotman, a professor in McGill University’s Department of Neurology and Neurosurgery, studies olfactory perception. She told ABC News that while it is unusual to happen on such a large scale, it is possible for people to smell a smell that isn’t actually there. These olfactory illusions are usually triggered by emotional stimuli.

Dr. Jones-Gotman thinks it’s unlikely but she does admit to the strong emotional relationship Canadians have with their maple syrup.