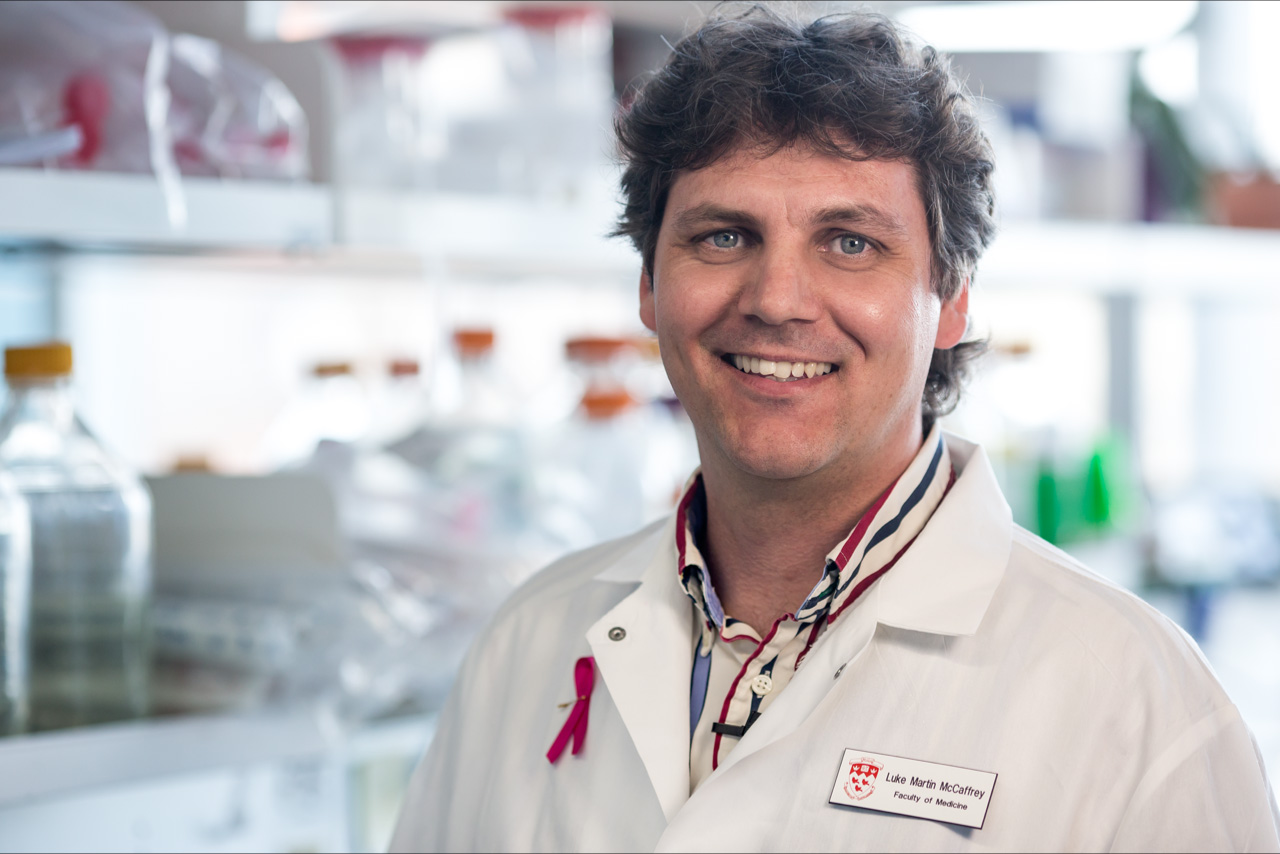 How can you improve the treatment of breast cancer? By determining how it develops in the first place.

That is the subject of the latest study from Dr. Luke McCaffrey of McGill University’s Faculty of Medicine, recently published in Genes and Development.

His findings show the step-by-step process and characterize the events that take place during the transition from normal tissue to tumour, thus identifying the progression cells take as they evolve and morph.

“The question for us was, maybe if we understand the steps normal cells undergo to become a tumour, then we can use that as the foundation to understand and predict which ones are going to be more aggressive and which ones are not,” explains Dr. McCaffrey, Associate Professor at the Rosalind and Morris Goodman Cancer Research Centre and the Gerald Bronfman Department of Oncology at McGill.

Previously, it was thought that in carcinoma tumours were caused by cells shedding to fill the middle of the mammary duct in a single step, but in fact it was found that there are a number of discrete steps that define the progression that were previously not known. It was determined that cells rarely shed, but instead divide in the wrong direction and they end up growing into the centre causing the walls of the duct to thicken, followed by the collapse of the duct into a solid structure – the tumour.

“What we discovered is, much like a drain in your home, the duct starts to become clogged with cancer cells. Overtime they solidify and become misshapen, eventually invading outside of the duct and potentially to other parts of the body,” says Dr. McCaffrey.

With the use of mouse models, the study explains that the process can be reversed, and normal-appearing hollow ducts can be re-established from the solid disorganized cancer tissue. By understanding how breast cancers develop, this information provides a foundation for more accurate predictions of which pre-cancerous lesions eventually progress to cancer. It also raises the possibility that early steps in the development of some breast cancers may be reversible.