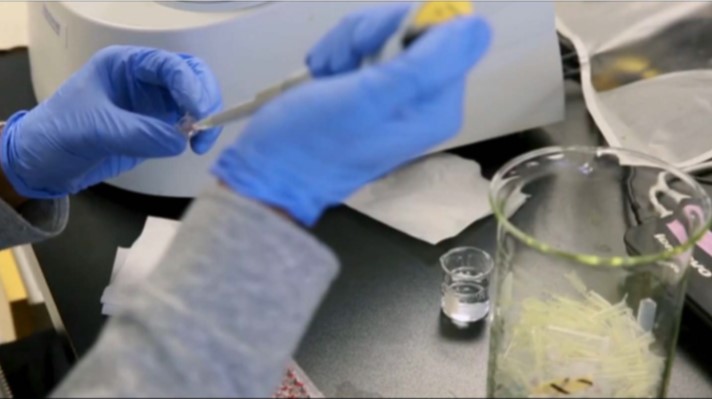 A new graduate certificate recognizes that many basic science degree holders go on to work in the applied sciences, and is offering a few tools to better navigate that transition. The Graduate Certificate in Translational Biomedical Engineering, which will be led by Dr. Ahmad Haidar, Assistant Professor in the Department of Biomedical Engineering at McGill University, and is currently being phased into the course calendar, will cover industry-relevant subjects for graduate students, particularly those looking to branch out into the medical devices field.

Prof. Robert Kearney, Chair of the Department of Biomedical Engineering, says the idea for the five-course certificate was born from a survey of former students that was conducted by his department. A review of that survey found that 60 percent of Department graduates were working in industry, government or other areas unrelated to academia. He decided to follow up with industry players who had worked with the Department’s graduates, to see how well they were preparing students who decided to ply their trade in industry.

Industry representatives that were surveyed appreciated the level of research training they saw from the McGill Biomedical Engineering grads and highlighted three areas where they wished students would have had better training. “One had to do with intellectual property and patents, the second with regulatory affairs and quality management, and, the third, clinical trials – how do you establish the clinical utility of a medical device,” says Kearney.

The Department knew that building a program from scratch would require a couple of years. So, instead it decided to bring in one core course at a time, and make them available to their current students. Once the three new core courses would be in place, so would the graduate certificate.

Those three courses are

The courses are rolling out one semester at a time, with Patents having begun this past January, Regulatory Affairs to be introduced this fall and Clinical Trials launching January 2018. Patent agent Pierre Nguyen and regulatory affairs consultant Danny Kroo have been hired for those first two courses, while the Department is in the process of recruiting a clinical trials professional for the January course.

The certificate will be aimed at graduate students who want to work in the field of medical devices, Master’s and PhD students in various engineering disciplines who want to augment their training and people already working with the devices who want to further develop knowledge in those specific areas.

The courses answer a real need, says Kearney. He has seen many start-ups that lack regulatory, patent and clinical trials expertise and would benefit from having graduates from this certificate program. His department also surveyed graduate students to gauge their enthusiasm for this type of certificate. “Almost every student said it would be something they’d be interested in taking.”

Kearney is happy the certificate was put together relatively quickly and that its content addresses industry issues. “Engineering is by definition the application of physics and the natural sciences to practical problems,” he says. He thinks other basic-science disciplines in the Faculty could also identify industry needs and come up with similar programs to the one his unit created. “If it’s successful, then it’s a prototype that could be adapted for different departments.”

Click here for information on the new program and here to view a promotional video.