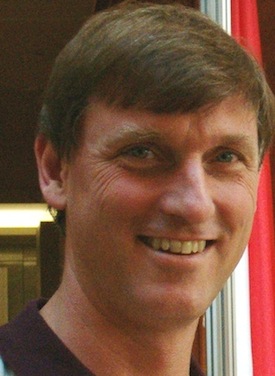 For some, the pain is so great that they can’t even bear to have clothes touch their skin. For others, it means that every step is a deliberate and agonizing choice. Whether the pain is caused by arthritic joints, an injury to a nerve or a disease like fibromyalgia, research now suggests there are new solutions for those who suffer from chronic pain.

A team of researchers led by McGill neuroscientist Terence Coderre, who is also affiliated with the Research Institute of the McGill University Health Centre, has found the key to understanding how memories of pain are stored in the brain. More importantly, the researchers are also able to suggest how these memories can be erased, making it possible to ease chronic pain.

It has long been known that the central nervous system “remembers” painful experiences, that they leave a memory trace of pain. And when there is new sensory input, the pain memory trace in the brain magnifies the feeling so that even a gentle touch can be excruciating.

“Perhaps the best example of a pain memory trace is found with phantom limb pain,” suggests Coderre. “Patients may have a limb amputated because of gangrene, and because the limb was painful before it was amputated, even though the limb is gone, the patients continue to feel they are suffering from pain in the absent limb. That’s because the brain remembers the pain. In fact, there’s evidence that any pain that lasts more than a few minutes will leave a trace in the nervous system.” It’s this memory of pain, which exists at the neuronal level, that is critical to the development of chronic pain. But until now, it was not known how these pain memories were stored at the level of the neurons.

Recent work has shown that the protein kinase PKMzeta plays a crucial role in building and maintaining memory by strengthening the connections between neurons. Now Coderre and his colleagues have discovered that PKMzeta is also the key to understanding how the memory of pain is stored in the neurons. They were able to show that after painful stimulation, the level of PKMzeta increases persistently in the central nervous system (CNS).

Even more importantly, the researchers found that by blocking the activity of PKMzeta at the neuronal level, they could reverse the hypersensitivity to pain that neurons developed after irritating the skin by applying capsaicin – the active ingredient in hot peppers. Moreover, erasing this pain memory trace was found to reduce both persistent pain and heightened sensitivity to touch.

Coderre and his colleagues believe that building on this study to devise ways to target PKMzeta in pain pathways could have a significant effect for patients with chronic pain. “Many pain medications target pain at the peripheral level, by reducing inflammation, or by activating analgesia systems in the brain to reduce the feeling of pain,” says Coderre. “This is the first time that we can foresee medications that will target an established pain memory trace as a way of reducing pain hypersensitivity. We believe it’s an avenue that may offer new hope to those suffering from chronic pain.”