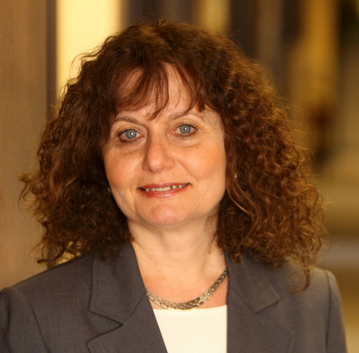 Diagnosing colorectal cancer (CRC) is complex; it relies on significant invasive tests and subjective evaluations. This process may soon become much easier thanks to a medical breakthrough by scientists at the Research Institute of the McGill University Health Centre (RI-MUHC). The researchers have identified genetic changes in the colon lining, or mucosa, in colorectal cancer patients that could be used as biomarkers of the disease. That will   allow doctors to diagnose patients earlier, more accurately and less invasively. The study, recently published online, in Cancer Prevention Research, has implications for the nearly one million people diagnosed annually worldwide.

“The gold standard of diagnosis is currently colonoscopy,” says corresponding author of the study, Dr. Rima Rozen, a geneticist from the Departments of Human Genetics and Pediatrics at The Montreal Children’s Hospital of the MUHC and McGill University. “This is an invasive procedure, where the physician looks for abnormal tissue or growths also known as polyps.” Additionally, given surging demand for colonoscopies, this research may ultimately offer an alternative option for early diagnosis, paving the way for the reduction in wait time.

According to Dr. Rozen, who is also a researcher of the Medical Genetics and Genomics Axis at the RI-MUHC, having genetic biomarkers of CRC will enhance the diagnostic procedure. “This new method could help to avoid false negative findings, which can occur in 10 to 15 per cent of endoscopic procedures,” she says. “The key is using the right genes. I believe the ones we have identified are good candidates.”

Dr. Rozen and her colleagues first identified five possible abnormal marker genes in a colon cancer mouse model. They then confirmed that these candidate biomarker genes were also abnormal in tissue obtained from colon cancer patients.  “Not only did this show that our mouse model mimics the human disease,” says Dr. Rozen. “But more importantly, it identified genes that could be used for colorectal cancer diagnosis.”

Interestingly, the abnormal patterns of these genes were detected in otherwise normal colon cells that were not near the tumor site. “CRC develops in different stages,” says Dr. Rozen. “This finding suggests that it may be possible to take tissue samples in more accessible regions of the gastrointestinal tract or, ideally, in blood or stool, and look for biomarkers as an early indicator of disease.”

About the study:
The study, Genes with aberrant expression in murine preneoplastic intestine show epigenetic and expression changes in normal mucosa of colon cancer patients, was co-authored by Daniel Leclerc, Nancy Lévesque, Yuanhang Cao, Liyuan Deng, Qing Wu, and Rima Rozen of the RI-MUHC, Montreal and Jasmine Powell and Carmen Sapienza of the Temple University School of Medicine, Philadelphia.
This research was made possible thanks to funding from the Canadian Institutes of Health Research (CIHR).
Related coverage
Montreal Gazette