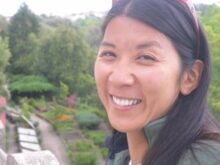 Joanne Liu, a Montreal pediatric emergency physician at St. Justine Hospital, has been elected President of the International Council of Doctors Without Borders (MSF).

Dr. Liu, a graduate of McGill University, has extensive humanitarian experience beyond her practice in pediatric emergency medicine at the Sainte-Justine Hospital.

Her humanitarian career began with Malian refugees in Mauritania in 1996 and she has since worked with earthquake and cholera victims in Haiti, Somali refugees in Kenya, tsunami survivors in Indonesia and has worked in other conflict zones, including the Democratic Republic of Congo, the Central African Republic and Darfur.

She assumes the position as International President of MSF in October in Geneva.