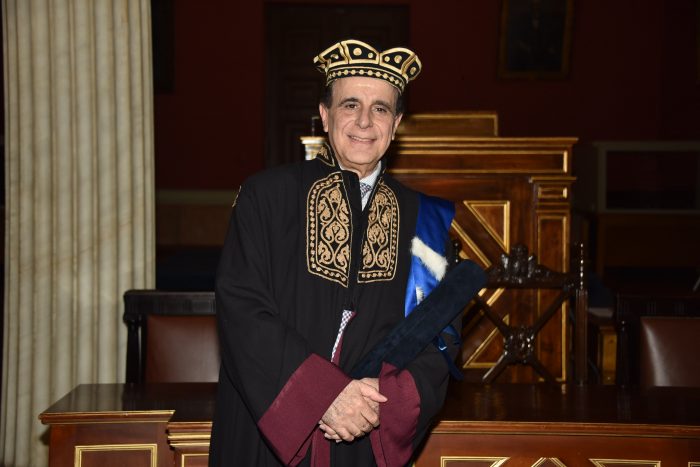 On September 24, 2019, an Honorary Doctorate was conferred by the Medical School of the National and Kapodistrian University of Athens, Greece, on Michael Petrides, PhD, FRSC, FRS. Dr. Petrides is a James McGill Professor, Department of Neurology and Neurosurgery, and associate member of the Department of Psychology, McGill University.

Dr. Petrides is a neuroscientist who has pioneered cross-species studies on humans and monkeys in his research. His work has deepened our understanding of the structure and functions of the frontal lobes of the brain. He has produced modern maps of the frontal cortex that are widely used by other neuroscientists.

During speeches at the event outlining the pioneering research of Dr. Petrides to cognitive neuroscience, his ground-breaking contributions to our understanding of the functional and anatomical organization of the frontal cortex and its role in the self-monitoring of information during thinking and memory were highlighted. The importance of the discovery of a pathway that mediates active selective memory retrieval as well as his discovery that nonhuman primates possess homologues of what will become critical areas for language in the human brain were also highlighted. Speakers pointed out that these great contributions shed light on the evolution of the neural circuits subserving the highest cognitive processes in the human and nonhuman primate brain.

Dr. Petrides has previously won several awards, including the James S. McDonnell Foundation 21st Century Scientist Award: Bridging Brain, Mind and Behavior in 2001. He is a Fellow of the Royal Society of Canada and a Member of the American Academy of Arts and Sciences. 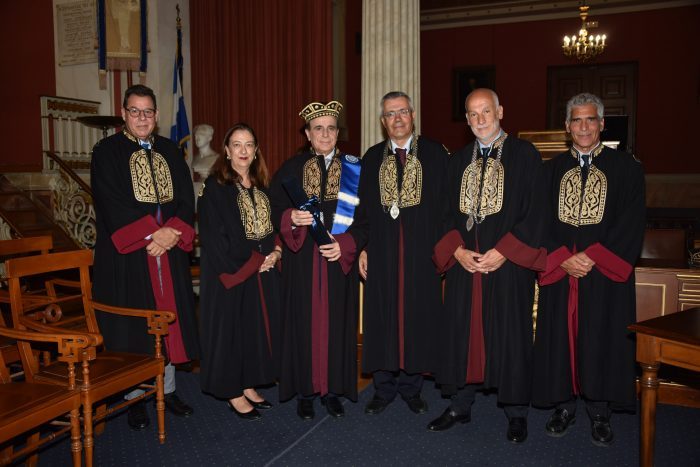