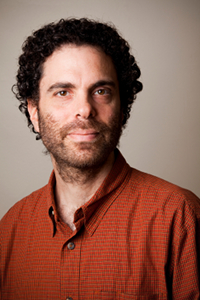 Dr. Jonathan Kimmelman, Associate Professor in the Biomedical Ethics Unit/Social Studies of Medicine at McGill’s Faculty of Medicine, has been serving on this prestigious committee of the Institute of Medicine (IOM) since January 2015 and is the sole Canadian appointee.

The committee, which meets five times over the course of the study, is looking at the ethical and social policy considerations of novel techniques for prevention of mitochondrial DNA diseases. These techniques would be used to prevent the transmission of mitochondrial illness to offspring of afflicted mothers by combining the DNA of a two parent embryo with the ovum of a donor.  The FDA has requested that the IOM produce a consensus report regarding the ethical and social policy issues related to genetic modification of eggs and zygotes to prevent transmission of mitochondrial disease.

“Because the donated ovum would supply the mitochondria- and because mitochondria contain their own DNA- it is often said that offspring of MRT would have ‘three genetic parents,’” says Dr. Kimmelman. “ Further making this a tricky ethical arena is that – by many accounts – this would represent the first time medicine is genetically modifying human embryos – and any risks would be endured not merely by the offspring, but potentially by all future generations of offspring. “

While the United Kingdom has recently developed policy in this arena the techniques are currently illegal in Canada and are not yet sanctioned in the U.S.

The IOM is one of the most influential policy advisory boards in the U.S. Dr. Kimmelman was selected for the committee due to his expertise in three areas: The ethics of first in human trials, gene transfer or gene therapy, and embryonic research policy.

The committee’s findings are set to be made public in a report by the end of the year.