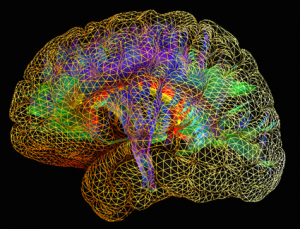 Canada First Research Excellence Fund to support global hub for brain research
McGill University will launch an ambitious effort to advance understanding of the human brain and ease the burden of neurological and mental-health disorders, thanks to an $84 million, seven-year grant announced today under the federal government’s Canada First Excellence Research Fund (CFREF).

The program, Healthy Brains for Healthy Lives, will build on McGill’s leading position in neuroscience to make the university a global hub for brain research – one of the major frontiers for 21st century medicine.

The program will receive significant support from other partners, including many from academia and industry. McGill will also deepen its existing partnership in neuroscience research with Western University, which is receiving an additional $66 million from CFREF. Taken together, the McGill and Western projects represent a total of $150 million in new federal investment in brain research in Canada.

“We are immensely grateful to the federal government for this vital support,” said McGill Principal and Vice-Chancellor Suzanne Fortier. “Our capacity for breakthroughs in treatment of brain disorders and our ability to improve lives will be heightened significantly by this important new funding.”

Neurological disorders and mental illness take a huge toll – in both human suffering and economic costs. An estimated 3.6 million Canadians are affected by neurological conditions, and the number of people diagnosed with disorders such as Alzheimer’s and Parkinson’s diseases is expected to increase significantly as the population ages in coming decades. The economic burden of neurological and psychiatric disorders combined amounts to $22.7 billion a year in Canada, according to Brain Canada. And the World Health Organization forecasts neurological and psychiatric diseases will surpass cancer as the second-leading cause of death in Canada by 2040.

Healthy Brains for Healthy Lives (HBHL) is designed to transform many brain disorders from terminal or life-long afflictions to treatable, or even curable, conditions. A major focus of the program will be to deepen understanding of individual variations in brain health and susceptibility to illness.

“To treat complex conditions such as mental health more effectively, we need to better understand how genes, neural circuitry and environmental factors interact to produce different individual outcomes,” says McGill neuroscientist Alan Evans, scientific director of the new program. “The HBHL project will enable us to identify different subgroups of patients, and point the way to new drug therapies as well as educational and treatment strategies.”

McGill is home to 250 neuroscientists, with more than 350 graduate students and 250 postdoctoral fellows, involved in research programs across McGill and its affiliated research hospitals including The Montreal Neurological Institute and Hospital, The Douglas Mental Health University Research Institute, the McGill University Health Centre Research Institute, and the Lady Davis Research Institute at the Montreal’s Jewish General Hospital. McGill’s international partners in this field include the University of Oxford, Imperial College London, and the Swiss Neuroscience Center of Zurich, among others.

With HBHL in place, McGill will recruit new researchers in a range of related disciplines, including mathematics, computer science, biology, social science, and policy. Other measures to support the program include funding for international collaboration and innovation activities, and fellowships to attract top students and trainees.

“McGill’s commitments to neurosciences over several decades have built a critical mass of researchers, skillful and dedicated support staff, and exceptional facilities,” Prof. Fortier said. “Through the Healthy Brains for Healthy Lives program, these teams and our partners will work together to help meet one of the great challenges of the 21st century: understanding, preventing and treating brain disease.”