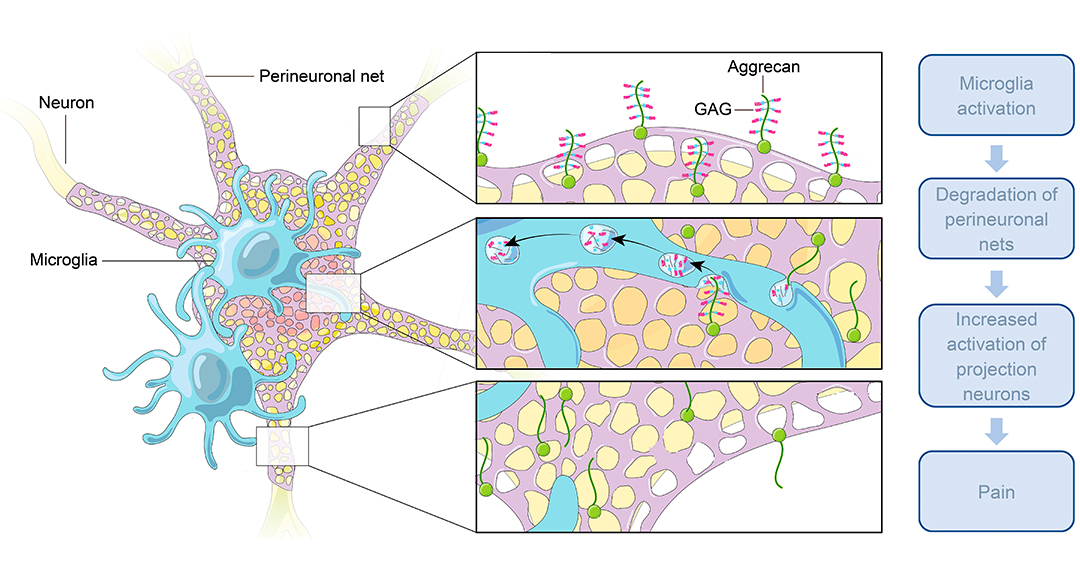 Neuropathic pain is a common condition resulting from nerve damage through trauma or diseases like shingles and diabetes. Affecting between 7% and 17% of the population, it causes its sufferers debilitating numbness, tingling, burning, shooting or electric-shock type pain which does not respond to standard analgesics. “Neuropathic pain is the most difficult to treat as compared to all other types of chronic pain,” says Arkady Khoutorsky, DVM, PhD, Associate Professor in the Department of Anesthesia at McGill University’s Faculty of Medicine and Health Sciences and Faculty of Dental Medicine and Oral Health Sciences, and a member of the Alan Edwards Centre for Research on Pain. “The fundamental mechanisms underlying neuropathic pain are not well understood and, therefore, no treatment targeting the underlying mechanisms is available.”

In a new study published recently in Science, his group in collaboration with a group led by Jeffrey Mogil, PhD, in the Department of Psychology, and colleagues at McGill, Université Laval, in Greece and the UK reveal those mechanisms. The team is hopeful the discovery will lead to the development of better treatment options for neuropathic pain in the future.

Everyone experiences pain, but most of us are probably not aware just how complex the process is that takes us from injury to ouch. “Pain signals from the skin, bone and joints arrive in the spinal cord where they are processed via a complex network of cells called neurons,” explains Dr. Khoutorsky. “After processing, the signal is conveyed to the brain via a very small number of neurons, called projection neurons. It is thought that these cells, among others, are responsible for the cognition of painful information.”

But neuropathic pain – defined as pain caused by a lesion or disease to the nervous system – isn’t like other kinds of pain. Something else is going on, which is why regular pain treatments don’t work. But until now, pain experts didn’t know why or how.

“In our study, we found that a subset of projection neurons is surrounded by lattice-like structures, called perineuronal nets, that tightly regulate their activity,” says Dr. Khoutorsky. “We showed that these structures are degraded after nerve injury by immune cells in the spinal cord, called microglia, leading to the enhancement of projection neuron activity and pain.”

The role of perineuronal nets had been explored in the context of other diseases, but never before in neuropathic pain. A graduate student in Dr. Khoutorsky’s lab and a lead author on the paper, Shannon Tansley, decided to test their role. “She observed that they are found around a very small population of large-diameter neurons in the spinal cord,” Dr. Khoutorsky explains. “It took us two years of experiments to unravel that these nets are located exclusively around projection neurons and to show that they are eliminated in neuropathic pain.” The team was initially surprised by the finding, not expecting this very selective localization of perineuronal nets around a small population of projection neurons. He adds, “This organization likely allows a very specific augmentation of the pain signal without affecting other sensations such as touch.”

Dr. Khoutorsky says there are still a few unanswered questions the team would like to resolve, including how the degradation of the perineuronal nets increases neuronal activity, and whether the nets remain degraded over prolonged periods, contributing to long-lasting pain. “We also do not know why only a very small population of projection neurons express these nets.”

The team has already moved on to the next phase of its research and, in follow up experiments, has potentially identified the enzyme expressed in microglia and involved in the degradation of the perineuronal nets. The next step is figuring out how to stop this process from happening and hopefully stop the pain. “We plan to develop pharmacological tools to inhibit this enzyme and prevent the degradation of perineuronal nets and pain,” says Dr. Khoutorsky.