A team of researchers from McGill University has advanced the scientific understanding of abnormal mineral accumulation in arteries, a complication often seen in patients with chronic kidney disease and diabetes. Mineralized arteries may affect heart functions, leading to death in some instances. 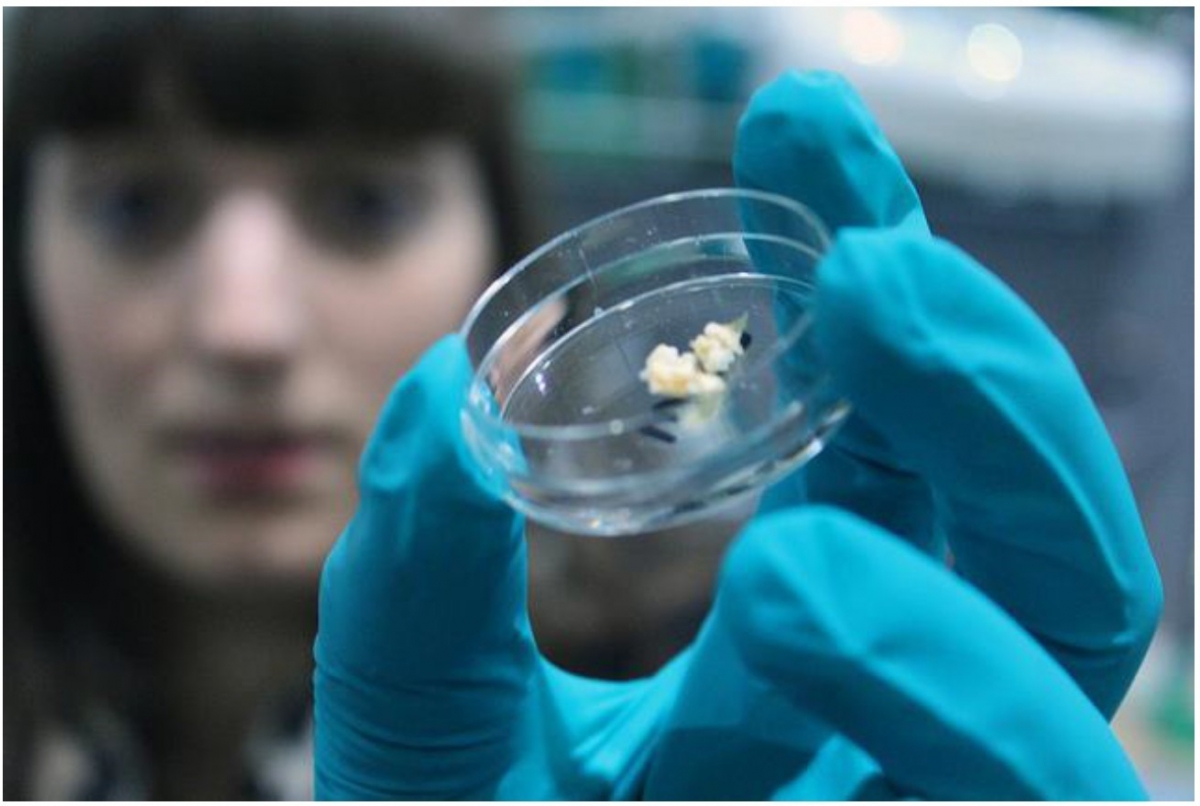 Team leader Marta Cerruti, using the tools of the Canadian Light Source, has examined the mineralized arteries of genetically modified laboratory mice and found that the pathway in the body that leads to what laypeople call “hardening of the arteries” is not what medical experts previously assumed.

Earlier, Cerruti’s long-time collaborator Monzur Murshed (a researcher at McGill University and a co-author of the current study) and his trainees demonstrated that elastin, the material that gives arteries their elasticity so they can expand and contract in response to the pumping of the heart to facilitate blood flow, is a critical determinant of mineral deposition. Their study showed that collagen, which is essential for the normal mineralization of our bones and teeth, is not responsible for arterial mineralization.

“The first part that mineralizes in the arteries of our genetic model is the elastin part and not collagen,” said Cerruti, noting that this is very different from what happens in bone and teeth.

“To me that was really surprising. The part that mineralizes in bone and teeth is collagen.  Since collagen is also present in the arteries, you would think collagen must have really specific properties that aid that process, so why do the minerals instead get deposited in association with elastin in arteries?”

Using the CLS’s SXRMB beamline, Cerruti’s team has discovered the presence of early stage calcium phosphate minerals in the elastin-containing layers of the diseased mouse arteries.

Cerruti, who has a doctorate in chemistry, is a Canada Research Chair studying bio-synthetic interfaces. Her team of post-doctoral researchers and PhD students at McGill works to understand and control surface phenomena, especially at the interface of synthetic materials and biological molecules.

In this instance, however, Cerruti is hopeful the findings of this research will lead to a therapy that will block mineral accumulation in the arteries of patients who are prone to this condition. The team’s latest study is published in the February 2018 edition of Arteriosclerosis, Thrombosis, and Vascular Biology. The paper’s conclusion states that an effective strategy to prevent vascular calcification may involve intervening at the stage where calcium phosphate minerals begin crystallizing. It may be possible to selectively dissolve these nascent crystals with appropriately targeted drugs, the paper concludes. Cerruti and Murshed are leading an interdisciplinary group to examine whether customized biomolecules can be used to effectively block the process of mineral nucleation and/or crystal formation in the arteries at a very early stage.

Cerruti expresses caution at this point and says her team’s paper only “hints” at a pathway forward to improving human health using a drug to treat a condition for which an effective treatment is still elusive.

“Maybe if we can stop the nucleation, we might be able to stop arterial mineralization,” she said. “An interdisciplinary approach will be needed to solve this age-old problem.”

Cerruti notes it may come as no surprise that this research into how calcification of arteries occurs is supported, in part, by a grant from the Heart and Stroke Foundation of Canada.