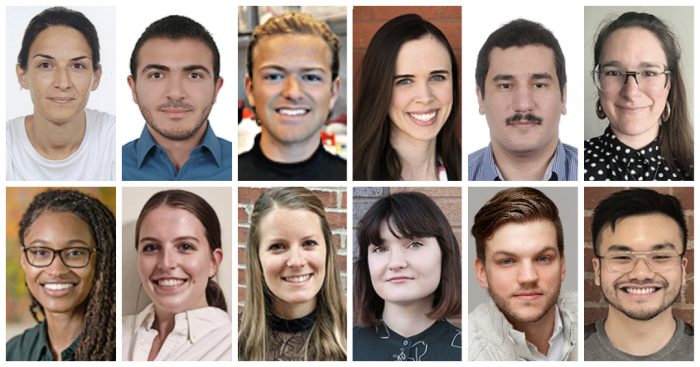 On June 19, the federal government announced the 2020-2021 recipients of the Vanier Canada Graduate Scholarships and Banting Postdoctoral Fellowships. These awards are Canada’s most prestigious awards for doctoral students and postdoctoral fellows.

McGill’s 2020 Faculty of Medicine Vanier Scholars and a synopsis of their research: 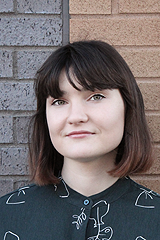 Sienna Drake, Integrated Program in Neuroscience
Understanding the neuro-immune: characterization of the epigenetic regulation by chromatin of the neuronal transcriptome underlying the expression of neuro-protective gene networks in response to chronic inflammatory insult in a mouse model of multiple sclerosis

Neurodegeneration is the best correlate to clinical disability in multiple sclerosis (MS), but there is a lack of understanding about its underlying mechanisms. A cell can be simplified as DNA (code), and RNA and proteins (programs). An external input – inflammation for example – may lead to changes in what parts of the code are run, causing expression of a degenerative program. Cells also have protective programs, but how or why one program prevails over another is not well understood.

By characterizing changes occurring in both DNA and RNA of neurons in response to injurious or regenerative inflammation, I aim to identify how neurons initiate degenerative or protective programs. This understanding may identify new druggable targets to promote intrinsic expression of neuroprotective programs or dampen neurodegenerative gene expression. Since no drugs currently exist addressing neurodegeneration in MS, this study aims to bring new possibilities to the future of MS treatment. (Photo courtesy of: Kim Gruver) 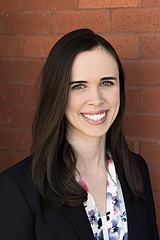 Infants born preterm or with congenital heart disease (CHD) frequently present with a characteristic pattern of white matter injury. It has been hypothesized that these early-life brain injuries may have long-term consequences on the maturation of white matter at the cellular level, which could be linked to the persistent neuropsychological impairments experienced by survivors of preterm birth and CHD.

My doctoral research uses advanced magnetic resonance imaging techniques to detect alterations in the microscopic structure of white matter in youth born preterm or with CHD, and examines the extent to which these alterations are associated with neuropsychological outcomes. Establishing specific white matter alterations as novel biomarkers of neuropsychological impairments in these clinical populations could facilitate early diagnosis of these deficits, and subsequently promote the development of new therapeutic approaches to ameliorate the transition of these at-risk youth into successful and independent adult life. 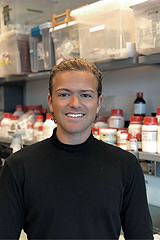 Neurodevelopmental disorders (NDD’s) are a group of conditions characterized by a delay or disturbance in the acquisition of skills in a variety of developmental domains. In children, diagnoses include attention deficit hyperactivity disorder, autism spectrum disorder, global developmental delay, and intellectual disability.

My team and I aim to identify and validate biomarkers and their physical links to genetic risks which would be essential in diagnosis, developmental outcome prediction, and eventually in treatment response monitoring. We will thus use EEG signal processing algorithms in order to extract biomarkers of brain neurodevelopment in healthy controls and different groups of patients. For this, we collected datasets of more than 300 infants, children and adults presenting genetic risk factors for cognitive impairments and autism disorder. Insights gained from such EEG studies will contribute significantly to the understanding of NDDs, genetic factors and to the development of biomarkers that can assist with diagnosis, prognosis, and intervention. 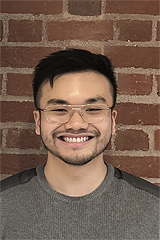 Schizophrenia and bipolar disorder are two psychiatric disorders that greatly diminish the quality of life in affected individuals. Although researchers have implicated several diseased brain regions, pinpointing aberrant cell types can be difficult. My research aims to understand several questions about schizophrenia and bipolar disorder by genome and single-cell sequencing hundreds of patient brain tissue samples. First, how do large deletions and duplications of DNA affect single cell gene expression? Second, can a burden of common genetic risk variants (polygenic risk) alter single cell gene expression? By integrating genomic and single-cell data, we will be able to understand the molecular consequences of these genetic changes at a single cell resolution and identify which cell types may be disease relevant.

My research interest lies in developing and testing therapeutic strategies for brain disease. In Dr. Genevieve Bernard’s laboratory, I am studying POLR3-related hypomyelinating leukodystrophy. POLR3-HLD is a rare white matter disease which often presents in children and is caused by recessive biallelic mutations in POLR3A, POLR3B, or POLR1C. The disease is severe, debilitating, and fatal, while no treatment is available.

In my PhD work, I am developing novel models of POLR3-HLD in order to understand how POLR3 impacts the lineage of cells that make up the white matter in the brain, called oligodendrocytes. I am also investigating strategies for targeting this lineage of cells using a gene therapy approach. I hope to establish a deeper knowledge of the POLR3-HLD disease mechanism, as well as advance useful tools to develop and test therapeutics for leukodystrophies and other white matter disorders. 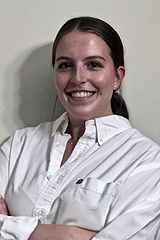 Stephanie Mouchbahani Constance, Physiology
Identification of the algogenic toxin in lionfish venom and its mechanism of action

The wealth of biodiversity in the world’s library of venoms and their toxins represents an enormous untapped resource that contains the scaffolds for the next generation of therapeutic s. Within the realm of venoms that have been studied, marine venoms represent only a small minority in comparison to those of insects and snakes. The red lionfish (Pterois volitans) is a venomous species responsible for one of the most painful stings in the ocean. There exists no anti-venom for its stings because the venom and its mechanism of action remain unknown.

Using electrophysiology and molecular techniques, I will uncover the molecular basis for the pain caused by lionfish venom. Furthermore,I will interrogate the specific molecular changes that predators of the lionfish have evolved which allow them to consume the lionfish unharmed. These insights will allow me to identify pharmaceutical targets for the development of specific and efficient pain treatments. 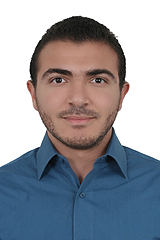 Haitham Shoman, Experimental Surgery
The strategies to acquire and introduce innovative orthopaedic technology and its impact on the Canadian healthcare system, patient’s quality of life and on society

Living in a fast-paced industrialized world, keeping up with advancements and people’s needs has been the center of most developed nations. Innovations in healthcare has been growing over the past decades. They have been seen as solutions to conventional treatment strategies in surgery specifically to improve patient outcomes, shorten hospital stays, provide a value-added benefit to society by increasing productivity in the work place and a return on investment in the public health system spending. Innovations aid in lowering down: costs needed for future complications and length of hospital stays.

Canada’s health system with its fixed budgets, needs to be more responsive on the rapid uptake and usage of innovations. This study aims to develop guidance in strategies for the introduction of innovative technologies in orthopaedic surgery into the Canadian healthcare system through assessment of the impact of catalytic innovations on the Canadian healthcare system, patient’s outcomes and society productivity. 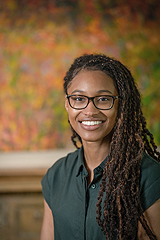 Women living with HIV, however, often receive sub-par reproductive healthcare, contributing to higher rates of unwanted or unsafe pregnancies and stigmatizing experiences. Drawing on data from a longitudinal cohort study designed by, for and with women living with HIV in Canada, my research aims to understand gaps in care and identify strategies to address them. (Photo courtesy of: Yonatan Morocz)

The Banting Postdoctoral Fellowships provide research funding to the very best postdoctoral applicants, both nationally and internationally, who will positively contribute to Canada’s economic, social and research-based growth.

McGill’s 2020 Faculty of Medicine Banting Fellows and a synopsis of their research: 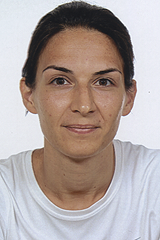 Roberta Cagnetta, Biochemistry
Role and regulatory mechanisms of pre- versus post-synaptic mRNA translation in memory formation and retrieval within glutamatergic neurons of an intact neural circuit

One of the most fundamental properties of the brain is the ability to make and recall memories, from minutes to years. The incidence of memory impairment (~8% among Canadians aged 75 and older) is escalating with population aging. To tackle this problem it is fundamental to understand the molecular mechanisms underpinning memory.

As a Banting Fellow, supervised by Prof. Nahum Sonenberg, I will investigate the mRNA translational changes and control mechanisms underlying the process of memory at single cell type resolution and at synaptic level within an intact circuit. Furthermore, I will examine the function of mRNA candidates translated at the synapse in response to neuronal activity and in memory. This study will bring invaluable insight to our understanding of the processes underpinning memory and neural circuit maintenance, setting the stage to developing precision therapeutic approaches, with significant implications for the improvement of population health. 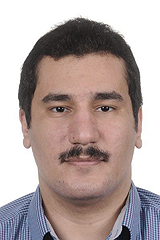 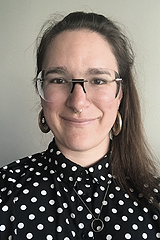 Most of us have had the experience of smelling, tasting, seeing, or hearing something that triggers a sudden vivid memory. In neuroscience, this filling in of a memory is often called pattern completion. For years people have thought that a particular chunk of brain, the trisynaptic circuit of the hippocampus, might be responsible for this process; however, we lacked the tools to test this possibility in a fully satisfying way. Recently, other labs have developed the tools to do so: the ability to measure what is happening in many neurons at once while temporarily manipulating a neural circuit of interest.

As a Banting fellow, I will leverage these tools to causally test the idea that the trisynaptic circuit is responsible for pattern completion. If our theories are correct, then the hippocampus should no longer recreate an entire memory from its parts when the trisynaptic circuit is turned off. The outcome of these experiments will thus provide insight into this crucial feature of memory and help us better understand cases in which memory does not function correctly. 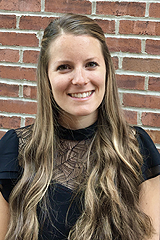 Specific brain waves during sleep are believed to play a crucial role in learning by strengthening the brain’s memory traces. We propose that manipulating these sleep waves may enhance the learning process and potentially improve memory function. This work aims to determine if manipulation of sleep using direct brain stimulation can strengthen learning and memory processes. Our study will target adults with refractory seizures, as epilepsy is the only disease where electrodes are inserted into the brain. Furthermore, people with epilepsy also frequently have significant memory impairments, which are highly debilitating and negatively affecting their quality of life.

The ultimate goal of our work is to use this knowledge to understand how electrical stimulation during sleep can be used to treat memory dysfunction. It is our hope that this work will ultimately improve quality of life of individuals suffering from memory issues.

No further information was available

Recipients of the Canada Graduate Scholarships – Doctoral (CGS D) were also announced. The CGS D program supports high-calibre students engaged in doctoral programs in all academic disciplines. This support allows scholars to fully concentrate on their doctoral studies, to seek out the best research mentors in their chosen fields and contribute to the Canadian research ecosystem during and beyond the tenure of their awards. A CGS D is valued at $35,000 for a duration of 36 months, and 1,000 scholarships are awarded annually.In all, McGill doctoral students earned 103 CGS D scholarships, 18 from CIHR, 34 from NSERC and 51 from SSHRC.