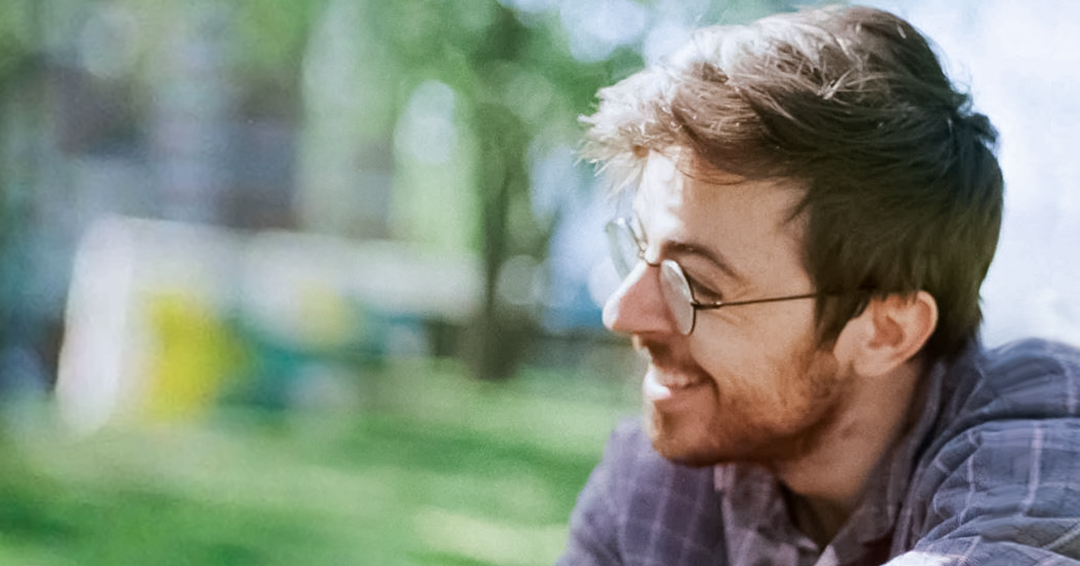 Joseph Therriault, a McGill PhD student working on early detection of Alzheimer’s disease, is one of Forbes Magazine’s “30 under 30” – an annual list that seeks “to identify the new guard, the young innovators, trailblazers and disruptors remaking our world.” Therriault, who is 28 and is a member of Pedro Rosa-Neto’s lab at the McGill Research Centre for Studies in Aging, spoke to us about his research, what being on this list means to him – and his other passion: rock and roll.

Your supervisor Pedro Rosa-Neto describes you as a “rising star.” Could you tell us a little bit about the focus of your work and what you hope to achieve?

Our group studies Alzheimer’s disease. These days, scientists believe that Alzheimer’s disease is a very long biological process, perhaps as long as 20 years before symptoms like memory problems appear. We use brain scans, blood tests and lumbar punctures (aka spinal taps) to try to identify who is going to develop symptoms, so we can treat the right people with the right medication at the right time. The hope is a number of disease-modifying treatments that can target different aspects of disease pathophysiology in the asymptomatic phase of the disease, because there has been very little success in treating the disease in the symptomatic phase.

What was your initial reaction when you heard you made the Forbes list?

Disbelief. A friend of mine sent me the list and I saw it when I woke up. I did not know the editors’ decision until the list was published, so I was as surprised as anyone else. Since then it’s felt a little bit less like I’m getting pranked.

I can’t say for sure, but I feel very, very lucky. There are so many people doing fantastic work in healthcare.

You’re in pretty distinguished and diverse company – past 30 under 30s range from Rihanna to Malala Yousafzai to Mark Zuckerberg – what does being part of this list this mean to you?

That’s the most unbelievable part. So many other people on this list have made very important contributions and are so good at what they do – Malala Yousafzai, Alexandra Ocasio-Cortez, Kendrick Lamar, Frank Ocean. But I’m trying not to think about it. There a certain imposter syndrome feeling that accompanies hearing names like Malala Yousafzai.

What led you to specialize in this field?

Like anything, it’s a long story. The short version is that as a neuroscientist, I am interested in studying the brain just for the sake of it. But there is also this very large problem of brain health looming with respect to the aging global population. Once I started seeing how unprepared healthcare systems are, and the impact that Alzheimer’s disease has on individuals and their families, it seemed like a way to be able to study the brain while trying to solve a problem that also matters to a lot of other people.

Any shout outs to those who helped you get to where you are today?

The two people I’d like to mention are 1) my supervisor at McGill Dr. Pedro Rosa-Neto and 2) my friend and mentor Dr. Tharick Pascoal (former McGill student, now a professor at University of Pittsburgh). They both taught me so much and there is no way I would have accomplished what our team has accomplished without their mentorship.

What’s been the reaction of your family, friends, colleagues, mentors to your news?

People have been reaching out and have been very supportive – I’m very thankful.

You told Forbes you couldn’t live without the sound recording app Garageband. Any chance you’re a musician as well as a neuroscientist?

Yes, I play in a band called Gulfer. [Ed.: Therriault is the well-regarded Montreal “math rock” band’s guitarist and one its songwriters. Check them out here.]

Care to recommend a favourite band to our readers they might not know about?

It’s impossible to pick just one, but for the past few years I’ve been listening to a lot of Spirit of the Beehive.

Joseph was an author on this important study on a promising blood test to detect Alzheimer’s disease.

McGill to prepare the World Alzheimer Report for 2021 and 2022