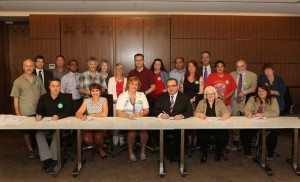 Both sides expressed their happiness to have brought the Agreement to a conclusion and their hopes for building stronger communications and relationships in the future.

Read the full story in the McGill Reporter