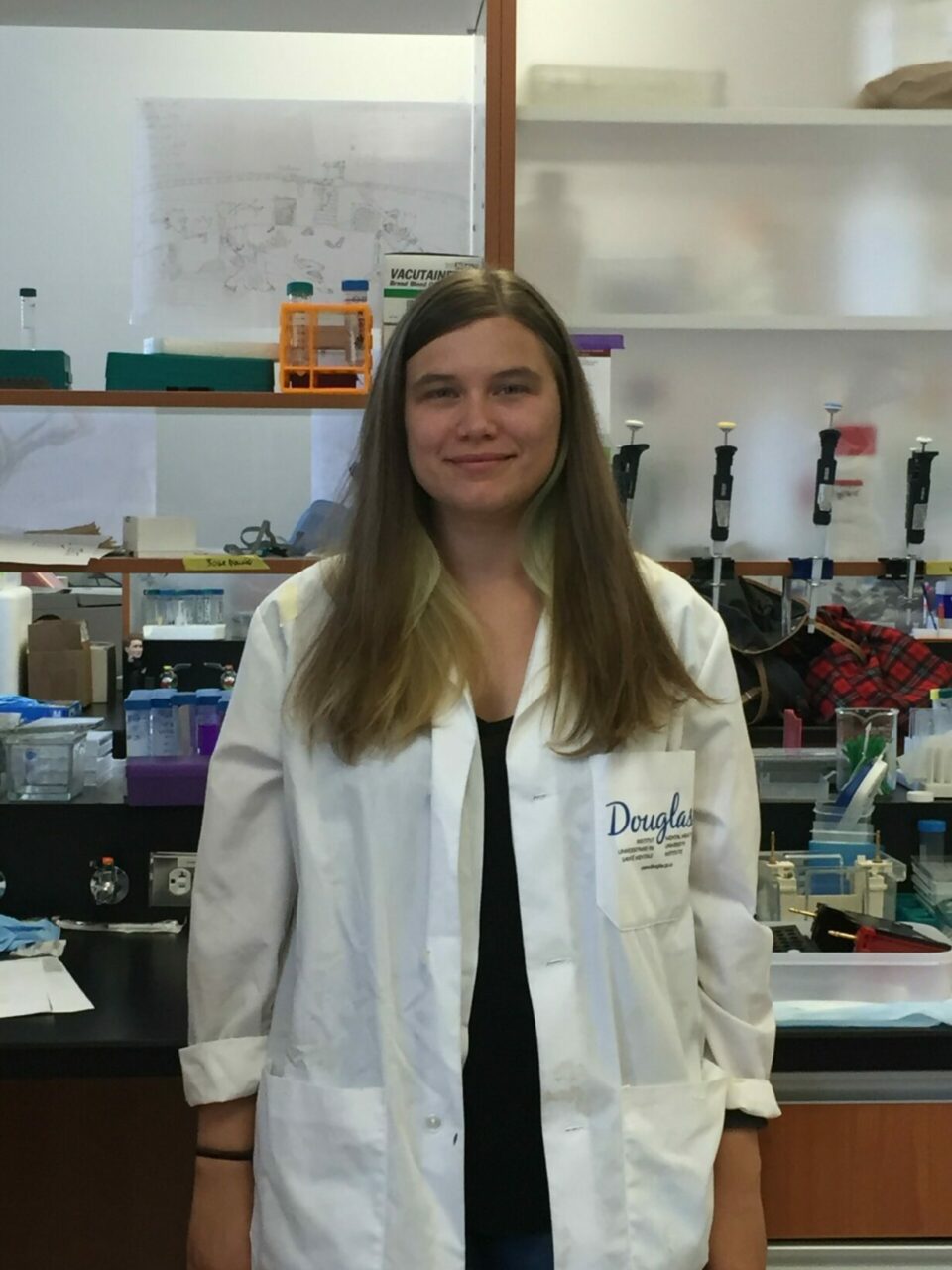 This award will support Lauren as she completes her PhD in the Integrated Program in Neuroscience (IPN). Lauren’s PhD project concerns mechanisms by which drugs of abuse in adolescence disrupt the development of the prefrontal cortex and impact on reward-relevant behaviors in adulthood.  This project is supported by NIH/NIDA-funded research in Dr. Flores’ laboratory.

“Because this NRSA fellowship is awarded not only based on the project proposal, but also on your potential to develop into an independent researcher, I am extremely honored to be selected,” says Lauren. “This award has launched the careers of many neuroscientists, and I am hopeful that it will do the same for me. And of course I am very excited to be given the opportunity to continue this exciting line of research here at McGill and at the Douglas.”

Lauren began her PhD, under the supervision of Dr. Flores, in 2012. She was awarded a Fulbright STEM fellowship to fund the first part of her PhD project. Through her thesis work she has discovered a critical role for guidance cue receptors in the enduring detrimental effects of adolescent exposure to abused drugs. Her Neuropsychopharmacology publication describing these findings was awarded the 2015 Leyton Research Prize for the best addiction-related publication at McGill University.

“I am really proud of Lauren being selected for this prestigious award,” says Dr. Flores. “Obtaining this award in a non-American laboratory is an extraordinary achievement. As far as I know, only one other graduate student in Canada has been funded by an NRSAF31 from NIDA, and he is now a Full Professor at Harvard Medical School. Lauren is clearly heading towards a very successful career in Neuroscience research.”