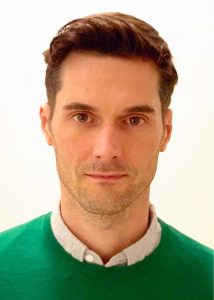 Source: McGill Reporter
Mathieu Maheu-Giroux, an assistant professor in the Department of Epidemiology and Biostatistics, has been named one of four co-winners of Radio-Canada’s Scientist of the Year prize for 2020. The prize was shared between four Canadian researchers doing data modelling work that has “supported, informed and guided decision-making by public-health bodies and governments relative to management of the COVID-19 pandemic response.”

Maheu-Giroux is the Canada Research Chair in Population Health Modeling. His research focuses on infectious disease modelling, epidemiological surveillance and monitoring, and impact evaluation of public health interventions. The overall goal of his program is to support development of policies and responses aimed at improving population health, in particular those designed to control and eliminate infectious diseases. He has worked on forecasting hospitalization requirements for Quebec.

In announcing the award winners on January 17, the Radio-Canada touted scientists across Canada who have developed mathematical models to simulate and/or predict the spread of COVID-19. “Their epidemiological modelling has enabled governments and public-health bodies to forecast the various scenarios and the likely consequences of their decisions,” said the press release. “Policy-makers have in turn used those models to build their pandemic response in an effort to reduce mortality, safeguard health-care systems and minimize social disruption.”

Radio-Canada Executive Vice-President Michel Bissonnette hailed the importance of their work. “Understanding how a virus spreads through populations has never been so important,” said Bissonnette. “This vital work being done by teams of scientists is enriching both science and society, and that is what we sought to acknowledge in awarding them Scientist of the Year honours.”

Learn more about the work being done by Mathieu Maheu-Giroux.