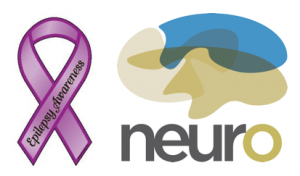 What’s new in epilepsy research at The Neuro

The Neuro has been at the forefront of epilepsy treatment and research for over half a century. The development of “The Montreal Procedure” by Dr. Wilder Penfield and his colleagues revolutionized the surgical treatment for epilepsy allowing thousands of patients to start new lives – free of seizures.

Today, clinicians and scientists at The Neuro continue to conduct groundbreaking research to improve the diagnosis and surgical treatment of epilepsy and develop a better understanding of epilepsy pathology:

A biomarker for epilepsy

The use of electroencephalography (EEG) for the study and treatment of epilepsy was pioneered at The Neuro. New research demonstrates the value of using EEG to monitor high-frequency oscillations (HFOs) in a patient’s brain. The research shows that information from HFOs can be used as a valuable biomarker, which is an indicator of a diseased state and aids epilepsy diagnosis. HFOs also appear to provide a better indication of the specific brain tissue that surgeons must remove to prevent a patient’s seizures. Furthermore, the link between HFOs and the source of epileptic seizures strongly suggests that further study of HFOs could reveal information about the genesis of epilepsy, especially in children. This research was led by The Neuro’s Jean Gotman, in collaboration with colleagues, Francois Dubeau and Rina Zelmann.

Discovering epileptic networks in the brain

Recent research at The Neuro suggests that different epileptic syndromes can lead to the formation of unique, widespread neural networks. These networks are related to discharges in the periods between a person’s epileptic seizures (interictal epilepsy discharge, or IED). Researchers simultaneously used EEG and functional magnetic resonance imaging (fMRI) to examine patients with different syndromes—frontal lobe epilepsy, posterior quadrant epilepsy and temporal lobe epilepsy. The conclusion was that changes in the brain’s metabolism during IEDs might cause more widespread brain dysfunction than would be indicated by EEG results of discharges monitored only at the level of the scalp. The research was published by lead author Jean Gotman and his colleagues at The Neuro, Firas Fahoum, Renaud Lopes, Francesca Pittau, and Francois Dubeau.

Epilepsy is a neurological disorder characterized by a sudden, brief change in the brain, expressed as a seizure.

A seizure can appear as a convulsion lasting a few seconds or a few minutes, but a seizure can also be not more than a brief stare, an unusual movement of the body or a change in awareness.

Epilepsy affects many Canadians. According to Epilepsy Canada, approximately 0.6% of Canadians have epilepsy. This includes people who take anticonvulsant drugs or who had a seizure within the past five years.

30% of new Canadian cases each year are among children. In about half of child cases, seizures eventually disappear.

Epilepsy is a result of different causes: malformations during brain development, a head injury that causes scarring to the brain tissue, high fever and prolonged convulsions during early childhood, trauma at birth, a stroke or tumour.

1e out of 3 patients cannot control seizures solely by using available medications. For these patients, surgical removal of the brain tissue causing seizures is the only known effective treatment for controlling seizures and improving quality of life.

Seizures can be triggered by outside events such as strobe lights, or by a person’s state of health—fatigue, illness, allergies, hunger, emotional stress.

THE NEURO AND EPILEPSY:

The founder of The Neuro, Dr. Wilder Penfield, and his colleagues developed a surgical treatment for epilepsy in the 1950s known as the “Montreal Procedure” that is now a worldwide standard. During surgery, Dr. Penfield’s patients remained awake so that he could precisely detect the location of their seizure activity by conversing with them. By destroying or removing the tissue causing the disturbance within the brain, he could end their epileptic seizures. This pioneering work continues at The Neuro, internationally renowned as a centre for advanced epilepsy research and treatment:

Scientists and clinicians at The Neuro pioneered the use of EEG to measure brain activity, and have developed new ways to diagnose and control epilepsy.

Scientists at The Neuro study the genetic factors of epilepsy and epileptic syndromes, as well as treat psychiatric aspects of epilepsy.

Brain imaging techniques developed at The Neuro have greatly contributed to the understanding of causes and consequences of epilepsy. These techniques have facilitated epilepsy surgery by unveiling brain lesions not seen by standard radiological methods.

The Neuro’s Epilepsy Clinic provides both in-patient and out-patient evaluation and treatments for about 1,500 patients a year.

The Neuro: The Montreal Neurological Institute and Hospital — The Neuro, is a unique academic medical centre dedicated to neuroscience. A research and teaching institute of McGill University, The Neuro forms the basis for the Neuroscience Mission of the McGill University Health Centre. Founded in 1934 by Dr. Wilder Penfield, The Neuro is recognized internationally for integrating research, compassionate patient care and advanced training, all key to advances in science and medicine. Neuro researchers are world leaders in cellular and molecular neuroscience, brain imaging, cognitive neuroscience and the study and treatment of epilepsy, multiple sclerosis and neuromuscular disorders. For more information, please visit www.theneuro.com