This marks the 16th consecutive year that Maclean’s has rated McGill No.1, or tied for first, in the country 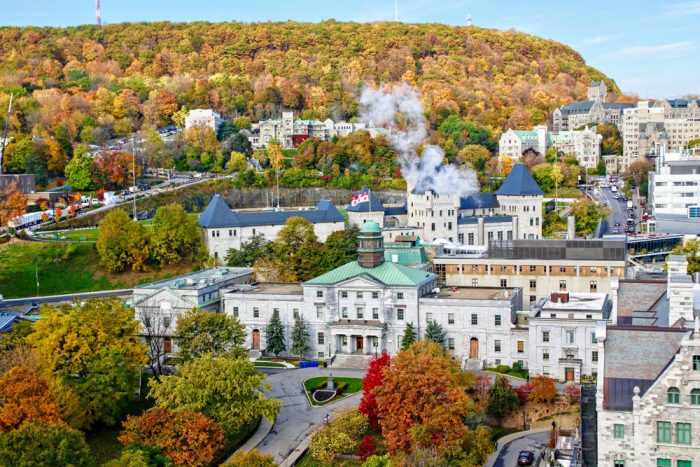 In maintaining its position atop the Maclean’s rankings, McGill was applauded for, among other things, its sustainability efforts, campus diversity, student wellness initiatives, and its rigorous research regimen.

“McGill has made a name for itself as a juggernaut on the research circuit; it has a well-earned international reputation for its faculty’s and students’ trailblazing discoveries,” writes Maclean’s Katie Underwood.

Maclean’s highlights some of the University’s COVID-19 research efforts. These include professor Stephen Yue and Dr. Chen Liang’s efforts to produce a cost-effective antiviral coating that could significantly reduce the rate of SARS-CoV-2 transmission on high-touch metallic surfaces; and the McGill Interdisciplinary Initiative in Infection and Immunity (M14) which has mobilized more than 250 to combat COVID-19.

McGill also gets high praise from Maclean’s for its diversity, noting that international students make up some 30 per cent of the student body.

“This emphasis on ‘the best of all worlds’ also affects its academic programs,” writes Underwood, citing the recent establishment of the Indigenous Studies and Community Engagement Initiative “as eastern Canada’s de facto centre for Indigenous education.”

“Wellness has many meanings at McGill, and environmental wellness is a distinct priority,” says Underwood, while highlighting the venerable Sustainability Projects Fund and the University’s “aggressive carbon-neutrality mandate.”

“Student wellness is also of paramount importance,” she notes. “In 2019, $14 million was allocated to the brand-new Student Wellness Hub, a ‘one-stop shop’ for mental and physical health resources, counselling and, crucially during the COVID pandemic, peer support.”

The numbers behind the success

A breakdown of this year’s numbers shows that McGill is ranked in the top three in eight of the ranking’s 13 performance indicators.

McGill also ranked No.1 in library acquisitions for the sixth year in a row. This indicator measures the proportion of the library budget allocated to updating the university’s collection, including electronic access.

Finally, the University topped the field in the social sciences and humanities grants for a ninth consecutive year, as well as for student awards (fourth straight year), which calculates the number of students, per 1,000, who have won national awards over the past five years.