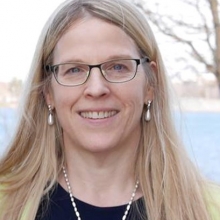 Dr. Linda Polka, Professor and Graduate Program Director in the School of Communication Sciences & Disorders (SCSD) at McGill University was among eight scientists selected for the Acoustical Society of America (ASA) College of Fellows.  Dr. Polka was selected for this honour in recognition of her contributions to our understanding of native and non-native speech perception in infants and adults.

“I am very honoured to be selected to join the ASA fellows,” says Dr. Polka. “This means a great deal to me because it comes from my talented and industrious ASA colleagues who value and promote excellence in acoustics research across a broad array of disciplines.  Being an ASA fellow also opens up new ways for me to support and encourage aspiring scientists and practitioners.  I look forward to these new opportunities.”

Dr. Polka has provided audiology training to future speech-language pathologists and mentored graduate research students at McGill since 1989.  She has served as Graduate Program Director for the SCSD since 2010.

Recognized internationally for her research on infant speech perception, Dr. Polka is perhaps best known for her vowel perception work that identified a universal perceptual bias that all babies display, regardless of the particular language in their input, which led to formulation of the Natural Referent Vowel (NRV) Framework (Polka & Bohn, 2011). This influential model of phonetic perception development is helping researchers understand how infants discover their native language structure and form perceptual targets to guide their emerging speech production skills.

Dr. Polka has also conducted pioneering research, exploring how infants respond to and perceive speech sounds that simulate an infant talker.  Working with colleagues, she has found that – even before they can babble – babies are attracted to both the high voice pitch of infant speech and also to the high frequency resonances that are shaped by a very small infant vocal tract.  This work has uncovered a new motivational aspect of infant speech processing that may help us find better ways to support infants with language learning challenges.

Dr. Polka’s research has also advanced understanding of how early speech and language skills unfold in bilingual infants – a growing population that is gaining practical and theoretical interest.  Most recently, Dr. Polka and her students established the Montreal Bilingual Corpus – a set of day-long recordings from 21 infants growing up in French/English families.  By collecting, transcribing, and analyzing over a thousand hours of home language recordings in bilingual families, her lab provided one of the first detailed descriptions of the language input experienced by very young bilingual children.  Ongoing analyses of this database are showing us how different input properties shape the early speech and languages skills of bilingual infants in each of their native languages.

Dr. Polka has been an active member of the ASA since 1981 and chaired their Technical Committee for Speech Communication from 2016-2019.  She has served on the editorial boards for Canadian Acoustics, Phonetica, Frontiers in Language Research, and American Journal of Speech-Language & Hearing Research.