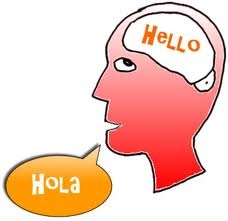 The age at which children learn a second language can have a significant bearing on the structure of their adult brain, according to a new joint study by the Montreal Neurological Institute and Hospital – The Neuro at McGill University and Oxford University. The majority of people in the world learn to speak more than one language during their lifetime. Many do so with great proficiency particularly if the languages are learned simultaneously or from early in development.

The study suggests that the task of acquiring a second language after infancy stimulates new neural growth and connections among neurons in ways seen in acquiring complex motor skills such as juggling. The study’s authors speculate that the difficulty that some people have in learning a second language later in life could be explained at the structural level.

“The later in childhood that the second language is acquired, the greater are the changes in the inferior frontal cortex,” said Dr. Denise Klein, researcher in The Neuro’s Cognitive Neuroscience Unit and a lead author on the paper published in the journal Brain and Language. “Our results provide structural evidence that age of acquisition is crucial in laying down the structure for language learning.”

Using a software program developed at The Neuro, the study examined MRI scans of 66 bilingual and 22 monolingual men and women living in Montreal. The work was supported by a grant from the Natural Science and Engineering Research Council of Canada and from an Oxford McGill Neuroscience Collaboration Pilot project.