The Neuro is an important centre for stroke care in Montreal 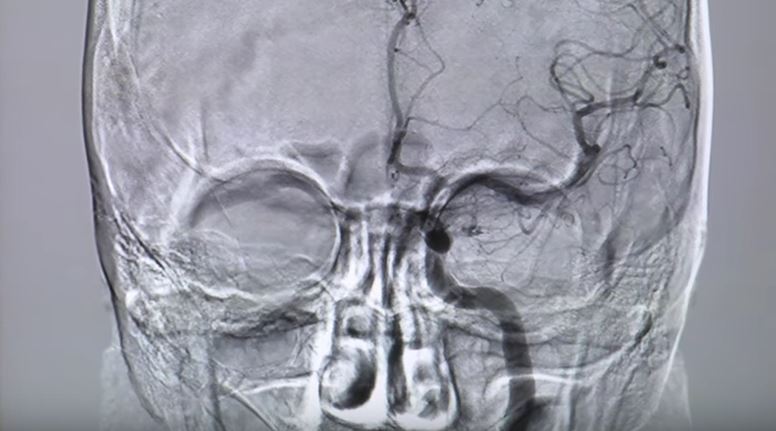 The Montreal Neurological Institute (The Neuro) is marking Stroke Month in June to increase public awareness about the dangers of this serious condition, and the importance of early intervention. A Canadian suffers a stroke every ten minutes. Each year, about 14,000 Canadians die of stroke, making stroke the third-leading cause of death in this country.

In 2015, The Neuro was designated as a tertiary stroke centre, only the second such centre in Montreal. Since then, The Neuro’s special stroke Receiving Area (RA) has provided rapid care to many hundreds of patients. The RA continues to refine its services to ensure that patients receive optimum care.

“The sooner that a patient gets the right intervention at the right time and right place, the better the outcome,” says Rosa Sourial, clinical nurse specialist at the RA.

“Since October 15, ambulances can bring the patient immediately from home to a tertiary stroke centre like The Neuro’s,” says Sourial. “If ambulance technicians determine that the patient has three-out-of-three symptoms on the Cincinnati score, then they can alert us that they are on their way.”

The Cincinnati score involves an evaluation of a patient on three counts: drooping face, slurred speech, and weakness in an arm or leg. Patients with a three-out-of-three score may be transported from home directly to The Neuro with a call from Urgences Santé to the RA.

The guiding principle in the Health Ministry directive lies in the “right intervention” policy. The right intervention can be a thrombectomy, which is the removal of clots (thrombi) in a blood vessel in the brain.

“Since October, we’ve had an increase in the number of RA patients who had thrombectomies,” says Sourial. “This procedure is performed by our two interventional neuro-radiologists, Dr. Donatella Tampieri and Dr. Maria Del Pilar Cortes Nino.”

“We and our partners are all involved and motivated for its success for the well-being of our patients.”

Stroke care at The Neuro

Both inpatient and outpatient treatment for stroke are provided at The Neuro.

Dr. Donatella Tampieri directs The Neuro’s Department of Diagnostic and Interventional Neuroradiology. A leading authority and practitioner of interventional neuroradiology, Dr. Tampieri handles acute stroke treatment, brain revascularization, endovascular treatment of intracranial aneurysm, arterio-venous malformations, dural arterio-venous fistula and pre-operatory embolization of tumours. She devotes much of her clinical activity to treating back and cervical spine pain such as nerve and facets block, epidural injections, and vertebroplasty. In 2016, the Quebec Federation of Medical Specialists (Fédération des médecins spécialistes du Québec), an umbrella organization embracing medical specialist groups in the province, awarded its Prix d’excellence en innovations des soins de santé to Dr. Tampieri in recognition of her exceptional career in providing quality healthcare that is accessible, efficient, and safe.
Dr. Jeanne Teitelbaum, a neurologist and neuro-intensivist, is Director of Stroke Service. Her specialty lies in acute stroke treatment and neurological critical care.
Dr. Maria Del Pilar Cortes Nino is a specialist in neuro-interventional and diagnostic neuroradiology. She performs spinal percutaneous injections and diagnostic procedures related to stroke.
What is a stroke?

When natural blood flow to the brain is disrupted for whatever reason, a stroke can occur. By far, the most common such event is an ischemic stroke, which is an interruption in blood flow. There are also hemorrhagic strokes in which a blood vessel in the brain ruptures.

Tiny strokes are termed Transient Ischemic Attacks (TIA) whose effects are negligible. Nonetheless, a TIA should be considered as a warning.  Following a TIA, a person is five times more likely to have a stroke within two years.

The extent of damage in the brain due to a stroke depends on the brain region that was affected and on the length of time that the event occurred. It is essential, therefore, that medical treatment be applied as quickly as possible.  In the case of an ischemic stroke, a victim who receives drug treatment within three or four hours of the event can reduce the extent of potential brain damage significantly.

A stroke victim can expect to recover fully from a minor stroke, but major strokes can have serious effects. As a consequence of a major stroke, victims might be unable to speak, read, write, recall events, or to move normally.

Here are the main warning signs of stroke:  weakness, speech or vision problems, severe headaches, dizziness leading to disequilibrium. Should you experience these symptoms, you should consider seeing a doctor.