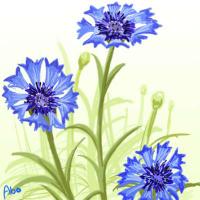 What is ALS?
Amyotrophic Lateral Sclerosis (ALS) or more commonly, Lou Gehrig’s disease, is a neurodegenerative disease in which progressive muscle weakness leads to paralysis. Most patients die within five years of diagnosis, but a small percentage survives for ten years or longer. There is no cure yet. About 3,000 Canadian adults have ALS and less than 1 in 10 patients has a family history of the disease.  ALS is a result of the death of motor neurons-nerve cells in the brain and spinal cord that control voluntary muscle movement.
ALS research and treatment at the Neuro
The Montreal Neurological Institute and Hospital – the Neuro, provides ALS patients and their families with the finest clinical care and offers state-of-the-art facilities for basic and clinical research.

The ALS clinic at the Neuro is considered a model for multidisciplinary clinical care. Neurologist Dr. Angela Genge, directs the ALS clinical research program, which develops and tests new ALS therapies in collaboration with the Canadian ALS Clinical Trial Consortium (CALS), and with researchers abroad. The Neuro forges local, national and international partnerships in order to advance research into the causes of ALS and to develop effective treatments.  Among the clinical trials undertaken at the clinic is one for the experimental drug, ceftriaxone.  Dr. Genge was honored with the YWCA Woman of Distinction Award in Science and Technology 2011 for her exceptional contributions to patient care and innovative research. This year, she and another ALS researcher at the Neuro, Dr. Heather Durham, were among the distinguished Canadians to receive a Queen Elizabeth II Diamond Jubilee Medal.

ALS researchers at the Neuro
Dr. Heather Durham has devoted her research to ALS for more than 20 years.  Dr. Durham specializes in developing tissue culture models of the disease. She seeks to understand why motor neurons are particularly vulnerable to damage in ALS, and how these neurons are affected by different genetic mutations responsible for familial forms of ALS.  She identifies commonalities and differences in how toxic mutant proteins cause the death of motor neurons.  Her work has the potential to improve the preclinical identification and evaluation of therapies.  A team led by Dr. Durham has uncovered similarities in the two types of ALS, familial and sporadic.  The findings relate to a system that plays an important role in maintaining protein quality control, known as the ubiquitin-proteasome system. This system is known to be compromised in familial ALS.  The team wanted to know whether the same system is impaired in sporadic ALS.  The results using animal models, conclude that there is inadequate proteasome function both familial and sporadic ALS.  Dr. Durham collaborates with investigators at the Centre Hospitalier de l’Université de Montréal (CHUM), Western University, and the Centre de Recherche de l’Institut du Cerveau et de la Moelle epinière, INSERM.  Dr. Durham also works to promote ALS research initiatives across Canada.  She serves as a Board member of the ALS Society of Canada and as Chair of the Research Policy Committee.

Dr. Stefano Stifani studies the generation, muscle connectivity, and regeneration of nerve cells used for mastication, swallowing, and motor activities.  His research team has helped to explain the mechanisms underlying the development of those particular types of neurons.  Dr. Stifani’s program aims to provide strategies to manipulate neural stem cells and design approaches that might promote the adult nervous system’s ability to repair itself in response to trauma or disease.

Dr. Eric Shoubridge investigates genes that underlie mitochondrial dysfunction.  Such dysfunction is believed to contribute to many neurodegenerative diseases, including ALS.   His research could help explain the causes of motor neuron diseases.

Dr. Heidi McBride is an internationally recognized expert on mitochondrial biology, the study of how mitochondria provide energy to cells, particularly to muscle cells.

Dr. Hiroshi Tsuda, studies experimental models of ALS.  These models help us to understand what makes nerve cells susceptible to damage in ALS and in other motor neuron diseases, as well as to allow researchers to test experimental therapies.

ALS and Community Support
The Tony Proudfoot Fund at the Neuro supports young neuroscientists at the masters, doctoral and postdoctoral level who undertake research projects focusing on ALS.  The Fund was established by the late Tony Proudfoot, former quarterback of the Montreal Alouettes of the Canadian Football League, after he was diagnosed with ALS in 2007.

In June, ALS Awareness Month, people across Canada raise awareness for ALS, raise funds and don the blue cornflower – the national emblem of ALS in Canada.