2020 is the 100th anniversary since the founding of McGill’s Ingram School of Nursing and will be noted as the year that we lost one of Canadian’s great nursing giants—Joan Muriel Gilchrist—who died March 23, 2020. 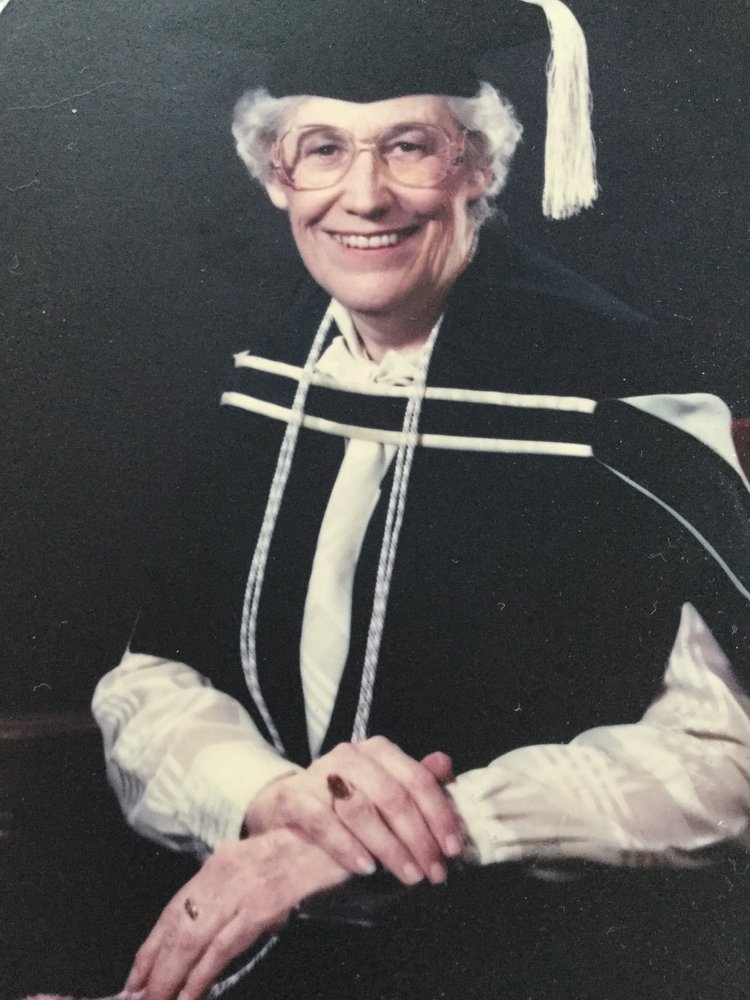 2020 is the 100th anniversary since the founding of McGill’s Ingram School of Nursing and will be noted as the year that we lost one of Canadian’s great nursing giants—Joan Muriel Gilchrist—who died March 23, 2020.

I knew Professor Joan Gilchrist as a gifted teacher, a generous mentor, a brilliant administrator, and an inspiring role model. Our careers were interwoven. Joan Gilchrist was the Director of Nursing at the Jewish General Hospital when I began my nursing career. She joined the faculty of McGill’s School for Graduate Nurses (as it was known then) in 1966 when I enrolled in the BN program. She became its Director from 1972 to 1983 and was my master’s supervisor. Upon graduating from the master’s program in 1974, Joan recruited me as a lecturer and then, as a research associate to the newly created, first of its kind, Research Unit in Nursing and Health. After leaving McGill to become the Dean of Nursing at University of Western Ontario, Joan kept in touch and during the early years of my own Directorship of the ISoN, Joan was a great support. It with a deep sense of loss but with unabashed pride and gratitude that I pen this tribute to Professor Joan Gilchrist.

Many tributes have been written about Professor Joan Gilchrist both during her lifetime and upon her passing. One can list her many accomplishments as a visionary, a pioneer, a leader who shaped the Canadian Nursing agenda during the 1960s through the 1990s. Yet when I think of Joan Gilchrist, I think of the person, the qualities that defined who she was that guided her actions. Joan was a person of integrity, possessed a brilliant mind, was curious, committed, and courageous. Joan was exquisitely attuned to the context of the time and changing circumstances and had an uncanny ability to sense the moment, to anticipate possibilities, to create opportunities, to work around obstacles while keeping the vision front and center. She had a clear vision of nursing and nurses’ potential to change lives and contribute to a healthy, more just society. It is these qualities that made Joan a brilliant administrator, innovative educator, and transformative leader.

Professor Joan Gilchrist’s tenure as ISON’s Director took place against the backdrop of the quiet revolution in Quebec and the re-envisioning of Quebec’s health and educational system. The Castonguay Report led to a re-structuring of health and social services and created the CLSCs whereas the Parent Report resulted in the creation of the CEGEP system and shifted responsibility for preparing nurses from hospital-based training to the general educational system. It was also a heady time at the federal level. Pierre Elliot Trudeau was the Canadian Prime Minister who had campaigned on a “just society”; universal health insurance known as Medicare, had become law, less than 10 years earlier; Marc Lalonde, Canada’s Health Minister, had tabled the Lalonde report linking chronic conditions to preventable lifestyle choices; the women’s movement had raised awareness of issues of systemic sexism; nurses’ training was steadfastly moving from hospitals to the general educational system and increasing numbers of women and men were flocking to the university for undergraduate and graduate degrees.

Both in her role as Director McGill’s School of Nursing and as CNA president (1976-1978), Joan had to navigate her way through this rapidly changing cultural and professional landscape for nursing practice and education while taking account of the complex and often painstaking steps needed to create a new future for the nursing profession and health care in Canada.

As Dr. Alice Baumgart, professor emeritus and former Dean of Nursing of Queen’s University, Joan’s friend and colleague noted—” Joan brought to this challenge a unique base of knowledge and experience grounded in her years as a director of hospital nursing services and as a head of diploma and university nursing education program as well as her own graduate studies in nursing and sociology. She also brought an abiding optimism about nursing in Canada and a well-developed ability to articulate ideas about nursing’s contribution to health care. Joan’s successes as a leader were enhanced further by her compelling talent for straight talk coupled with her personal warmth and disarming wit. She was also a person who did not shy away from seeking creative ways to press for change.”

When I consider what distinguishes McGill’s ISoN, what immediately comes to mind is a clearly articulated vision and philosophy of nursing, innovative educational programs, pioneering research, and a unique relationship between the School and its clinical partners. Professor Joan Gilchrist either laid the foundations and/or took these features to another level. Under her leadership, Joan created the first joint faculty system between the university and McGill clinical network, the progenitor of the McGill Collaborative. A committed researcher and a facilitator of research, she generated over two million dollars of research funding for creative projects for revising nursing education and practice. She joined forces with Dr. Moyra Allen to create new innovative educational programs including the direct entry master’s program, Canada’s first Master of Science in Nursing degree for non-nurses and laid the groundwork for the first Canadian PhD program in Nursing with Universite de Montreal. She facilitated the creation of the first Research Unit in Nursing and Health Care that, under Dr. Allen’s directorship, was successful in obtaining the largest federally funded grants given to nursing at that time to experiment and evaluate a unique role for nurses as family health promotors. Dr. Arnold Naimark, as president of the University of Manitoba on the occasion of conferring on Professor Joan Gilchrist the degree of Doctor of Science honoris causa in 1993 noted in his remarks that “these projects helped illustrate to leading politicians and health advisors just what nursing could do as an entry point into the health care system.” Joan also created Nursing Explorations, renamed in 1995 the Joan Gilchrist Nursing Exploration, an annual event that brought together the McGill nursing Community and beyond to share research and innovations in practice. She also helped establish the first Canadian nursing research journal, Nursing Papers, now called CJNR.

Thus, Joan’s understanding that nursing education, practice, research, and policy were inextricably linked and that all aspects needed to be addressed concurrently, she in effect created the blueprint for how to move the nursing profession forward. She forged new paths and left an indelible footprint that remains both large and deep.