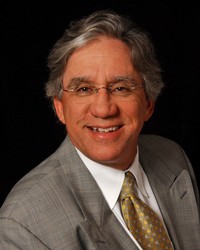 Dr. Hartley Stern, Executive Director of the Jewish General Hospital since March 2008 has announced he will step down effective October 2013.

In 2012 Dr. Stern suffered a serious heart attack. He has since fully recovered and is in good health but in order to remain so has decided to redefine his professional challenges.

In making the announcement to hospital staff and leadership earlier today, Dr. Stern praised the staff, volunteers and board members for the major achievements over the last years. Significant advancements in safety and quality, bedrocks of his tenure, have made the JGH one of the safest hospitals in the country. Additionally, the new critical care wing, known as Pavilion K, is progressing.

“To our patients, the most important aspect of the JGH is our valued staff”, said Dr. Stern. “Our management and clinical professionals, indeed all employees and volunteers – every level of personnel – is rock solid, deeply dedicated and greatly appreciated.”

“As I will now be focusing on my own transition, to each and every one of you I extend my personal gratitude and admiration. I know that I am leaving the hospital in a very strong position,” Dr. Stern wrote to all employees.

The Board of Directors expressed their immense gratitude to Dr. Stern for his leadership and vision at the helm of the JGH. “Dr. Stern brought a new management style to the hospital and vision for public healthcare to Quebec. He worked collaboratively with elected officials at all levels of government and with colleagues in the health ministry, the Montreal health agency and other institutions to build a stronger system”, said Rick Dubrovsky, President of the JGH. “Dr. Stern garnered great respect for the JGH and the board is grateful for his accomplishments.”

The Board of Directors will soon launch a search committee to designate the next Executive Director. Dr. Stern remains committed to using the next six months to work with staff to ensure that the hospital is left in the very best shape for his successor.

“Together, we will ensure a smooth transition to keep the hospital moving forward with the same positive momentum we have experienced in the last five years”, Dr. Stern concluded.