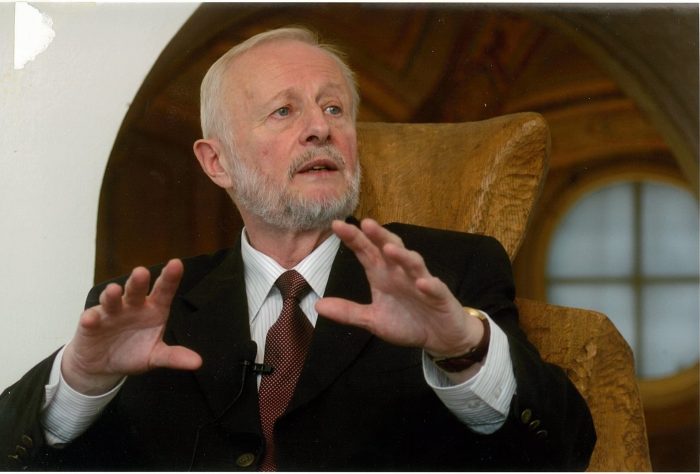 It is with deep sorrow that we inform you of the sudden passing of Dr. Premysl Ponka, a distinguished scientist, beloved mentor and colleague, respected teacher, and valued friend.

Dr. Ponka died while attending a scientific conference in Paris. He was an internationally renowned expert in the field of iron metabolism and had made many unique contributions to understanding the many roles of iron in human health.

Dr. Ponka received his medical degree and PhD from Charles University in his native Prague, Czech Republic, where he was appointed Assistant Professor in the Department of Pathophysiology. In 1979, he came to McGill where he joined the Department of Physiology in the Faculty of Medicine, becoming a full Professor in 1987. Since 1984, he had conducted his research at the Lady Davis Institute of the Jewish General Hospital.

In 1996, Dr. Ponka succeeded in establishing the Scientific Committee on Iron and Heme of the American Society of Hematology, which he chaired for four years. He served as Chair of the First Congress of the International BioIron Society (BioIron 2005) in Prague and was co-organizer of the Fifth Conference of the Canadian Oxidative Stress Consortium in Montréal in 2007. Dr. Ponka was also a member of the Hematology Study Section of the US National Institutes of Health, and of the CIHR Pharmaceutical Sciences Operating Grants Panel. He was also an ad hoc reviewer for research granting agencies in Australia, the Czech Republic, France, Hong Kong, Israel, Italy, and the United Kingdom. He received the Award for Excellence in Medical Research from the Jewish General Hospital in 2007 and, in 2010, the 47th Annual André Aisenstadt Memorial Clinical Day of the hospital was held in honour of Prem, for “bringing international recognition to our Hospital for his research accomplishments in the field of iron metabolism.” In February 2014, Dr. Ponka was elected a Fellow of the Czech Medical Academy.

His research output and achievements never diminished. In 2017, the LDI bestowed upon him its Award for Excellence in Basic Research and in May 2019 the International Society for the Study of Iron in Biology and Medicine celebrated his career with the Presidential Prize for Life Achievements in recognition of his more than fifty years of contributions to the understanding of iron-sulfur protein biogenesis.

Dr. Roderick McInnes, Director of the LDI, says that “Prem was a truly wonderful and endearing person, a first-class scientist who commanded great international respect, and an elegant old world gentleman. We were all very fond of him and will miss him in so many ways, from his quiet sense of humour to his insightful comments and questions at seminars. He brought great credit to the LDI, the JGH and McGill.”

Dr. Ponka will be fondly remembered by his colleagues, trainees, and many friends at the Lady Davis, Jewish General Hospital, and McGill University. Details concerning funeral arrangements will be shared when they become available.

To read the official obituary or leave messages of condolences for the family, visit https://montrealgazette.remembering.ca/obituary/premysl-ponka-1077722933