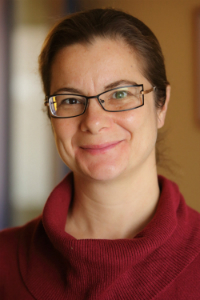 “It is a great honour to have been elected to serve my community of fellow clinical geneticists and the patient population we collectively care for,” says Dr. De Bie, who began her term as President on June 17, 2020. “I will continue to oversee, through my two-year term, some important recently initiated projects, such as the establishment of communities of practice in the different sub-fields on Clinical Genetics (the first constituted being Cancer Genetics), and of Working Groups that will develop continuing education resources in specific areas of practice, such as an online training module in Molecular Pathology.”

The CCMG was established in 1976 by Dr. Louis Dallaire, cytogeneticist and one of the pioneers of Medical Genetics in Canada and Dr. Julius Metrakos, neuro-geneticist, member of the Order of Canada, former Professor of Human Genetics at McGill University and eminent research scientist at the Montreal Children’s Hospital, through Montreal lawyer Maître Bourgeois. The CCMG was constituted to develop and ensure adherence to the highest standards in the delivery of medical genetics services in Canada.

The CCMG is a national Canadian organization that serves its members, government and the public by:

“I maintain, as President of the CCMG, my commitment to advocate for harmonization of practices in Medical Genetics across Canada, clinically relevant care and judicious and rational use of resources in our field of practice, as well as my support to national initiatives aiming to provide equitable access of genetic services to indigenous populations, such as the Silent Genomes Project,” adds Dr. De Bie.

Dr. De Bie initially trained in Biochemistry, Immunology, then Molecular Biology, before undertaking her Royal College training in Medical Genetics, followed by a CCMG fellowship in Molecular Genetics. Her areas of interest span both pre and postnatal dysmorphology, in particular skeletal dysplasias. She contributed to several guidelines and positions statements as a member of the CCMG Clinical Practice committee and as CCMG representative to the Society of Obstetrician and Gynaecologists of Canada Genetics committee. She is a supporter of the international “Choosing Wisely” campaign, which advocates for clinically relevant medical care.