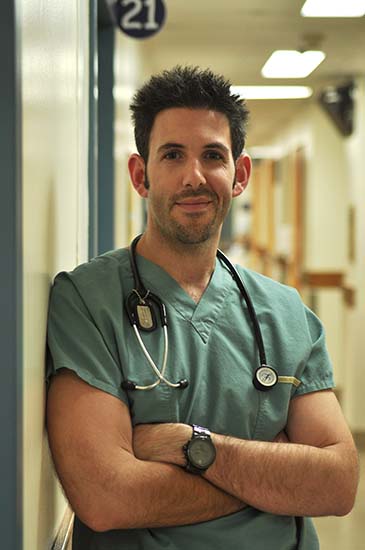 A new study led by a research team at the Montreal Children’s Hospital of the McGill University Health Centre (MCH-MUHC) shows that emergency room visits for children and teenagers who had thoughts of suicide or had attempted suicide have doubled over the last decade.

The researchers, whose findings were published in JAMA Pediatrics this week, conducted an analysis of data of emergency rooms (ER) in the United States from 2007 to 2015 and found that annual visits for suicidal thoughts and suicide attempts among children aged five to 18 almost doubled from 580,000 to 1.12 million during the nine-year period.

“This rise in suicidal behaviour is alarming. As a proportion of all pediatric ED visits, for any reason, children presenting with suicidal behaviour increased by 60%,” says lead study author Dr. Brett Burstein, a pediatric emergency room physician at the MCH-MUHC and an associate investigator from the Child Health and Human Development Program of the Research Institute of the MUHC.

The research team looked at 300 emergency rooms sampled, and tracked the number of children between five and 18 who received a diagnosis of suicidal ideation or suicide attempts each year.

Additionally, their study revealed that 43 percent of pediatric patients presenting with suicidal thoughts and gestures were aged between five and 11-years-old; a new finding when compared to previous studies looking only at pediatric hospitals.

A previous study by a team in the U.S. reported a significant rise in suicidal behaviour among children and youth presenting to the ER of U.S. pediatric hospitals. Dr. Burstein and study co-authors— Dr. Holly Agostino and Dr. Brian Greenfield — suspected that this number was just the tip of the iceberg because most of the children actually see non-pediatric or non-teaching hospitals.

“A single suicide attempt is the strongest predictor of future completed suicide,” explains Dr. Burstein. “However, heath care professionals in non-pediatric hospitals often do not have the resources to give these children the comprehensive assessments and follow-up necessary for optimal care.”

The authors emphasize that the data does not allow them to determine a cause for the increase of ER visits for suicidal behaviours among children, which was one of the limitations of the study.