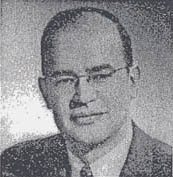 Stanley Constantine Skoryna, M.D., M.Sc., Ph.D. (Biol), FACS, died peacefully in the arms of his loving wife at St. Mary’s Hospital in his eighty-second year. Born in Warsaw, Poland, Dr Skoryna completed his medical studies and Ph.D. at the University of Vienna. He came to Canada in 1947 on the invitation of McGill University which offered him the Edward Archibald fellowship in experimental surgery. He was Director of the Gastro-Intestinal Research Laboratory at McGill for over forty years. As a surgeon, he practiced at St. Mary’s Hospital for more than fifty years. In 1964-65, Dr Skoryna organized and led a medical expedition to Easter Island sponsored by the World Health Organization and the Medical Research Council of Canada. The Government of Chile, in gratitude, presented him with the O’Higgins Award. Among his other honors are the 1957 Medalist in Surgery of the Royal College of Physicians and Surgeons of Canada and the 1968 Auguste Rodin Award by the Canada Research and Development Corporation. Dr Skoryna was also the first recipient of the Outstanding Achievement Award presented by the City of Montreal as well as a recipient of the Cross of Merit of the Republic of Poland. He was a devoted scientist, diagnostician and surgeon who practiced the art of medicine with compassion. During his productive years, he had a diversity of interests and was particularly sympathetic to young people for whom he always had time and was pleased to offer counsel and guidance. Anyone who worked in the Donner Building in G.I. Research will remember Stanley for his wise counsel.

Dr Skoryna was the husband of the late Haline Grygowicz and is survived by his beloved wife Jane of thirty-three years, his devoted children Christopher (Jean Hemetter), Elizabeth (Eric Long) and Richard and by his many dearly loved grandchildren. He is also survived by his brother George of Montreal and his sisters, Dr Murka Wesshall (Dr Eugene Wesshall), Dr Halina Eneva, as well as his niece Dr Ada Aastrup and his nephew Dr George Skoryna – all of Sweden.