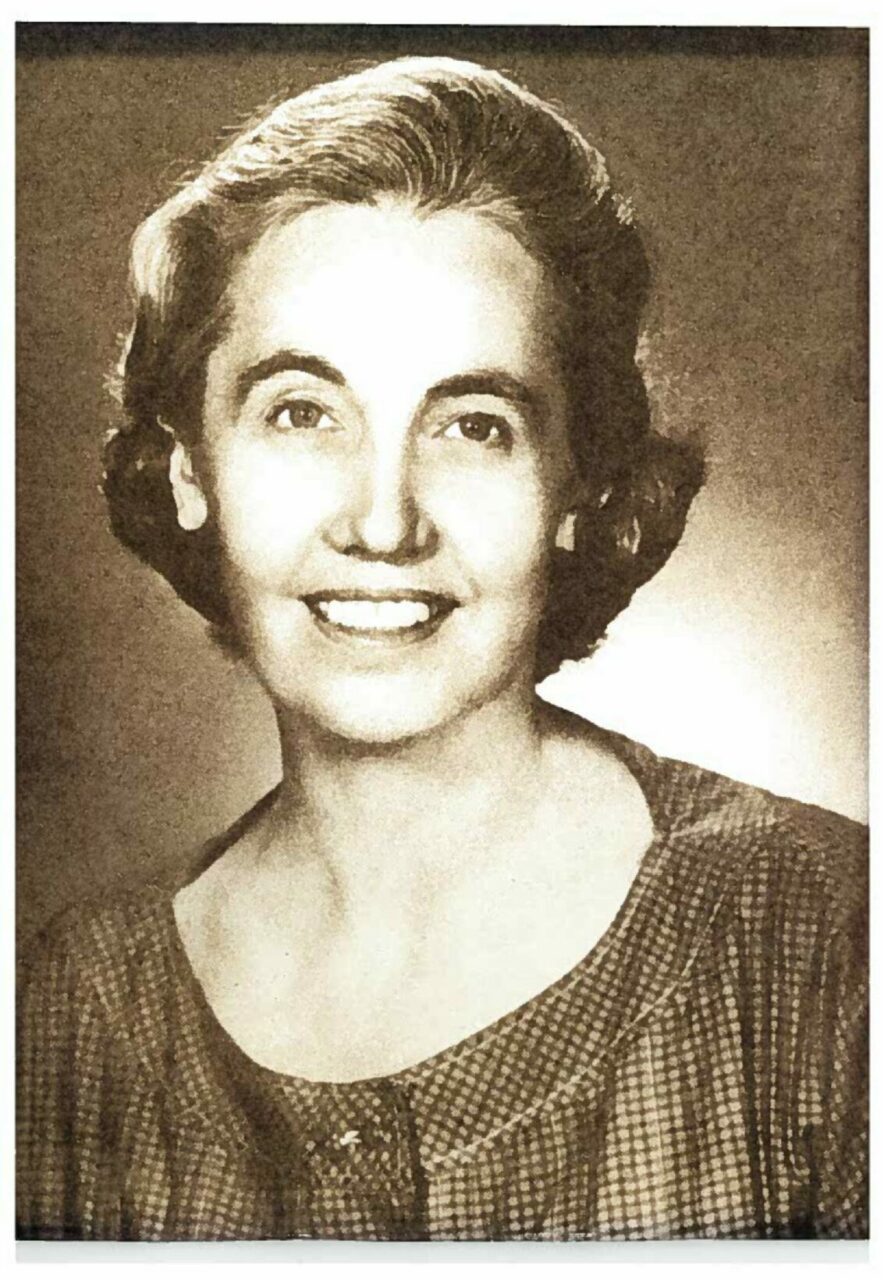 Elizabeth Calhoun Logan—former director and long-time faculty member of McGill’s Ingram School of Nursing—passed away on July 23 at the age of 105 in Kentville, Nova Scotia. In 2010, Dr. Susan French—retired professor and a former director of the School—wrote captivatingly about Logan’s inspirational and renowned contributions to the field of nursing.

“Get the information from the patient and not from a textbook… Open your eyes and ears… Don’t tell but ask… Write what you observe or hear, think about it, and then go back and observe some more…  Return again and again to the patient… Understand the context of the patient… Use your sciences to understand what you are seeing and hearing… Keep developing your knowledge… Nursing is nursing — it is specific to the patient — so know the context, but, more importantly, know the patient.”

These were the words of Elizabeth Logan, a former director and long-time faculty member of McGill’s Ingram School of Nursing, as she spoke about nursing and her wonderful career as a nurse. Listening to Elizabeth speak about nursing, one realized that she was describing her professional credo. Seeking knowledge, questioning everything, always taking the patient as the focus, observing and listening, understanding patients in the context of their families and communities, responding to patients’ needs — to her, this was the substance of nursing.

Elizabeth once cautioned a graduating class; “many facts and a bag full of skills do not make a nurse.” She explained that nursing involves active learning through the special relationship between nurse and patient. She would laughingly recount one of her most memorable learning experiences: “as a new graduate I was given a position at the Montreal Children’s Hospital as head nurse on a long-term care unit for young boys with tuberculosis. The first morning, they threw their breakfasts out the window. I never said anything, just went about my business — but observing and listening… I learned that the boys didn’t like the food. And it was awful. I contacted food services. We had food brought to the unit and the boys could choose what they wanted. There was a wonderful cook who knew how to prepare the food. No more food was thrown out the window!”

Elizabeth had deftly put into practice the concept of nursing she had learned in the master’s in nursing program at Yale University, Class of ’37. The way Elizabeth told it, as a young science graduate with a major in biology (Acadia University, Class of ’34), she did not choose nursing — it chose her. She was considering her career options, including social work, when a family member subtly intervened. One of her aunts, a nurse living in the United States, was a friend of the director of the Yale School of Nursing. Her aunt arranged for the director to send Elizabeth a brochure on the nursing program and an invitation to apply. “My aunt knew that I’d resist if she tried to tell me what to do, so she approached it indirectly. I read the brochure and thought it sounded wonderful, so I applied.” Elizabeth went to Yale and never looked back. She had found her career. She was drawn to both pediatric nursing and Montreal from the beginning of her career.

While she was in Montreal, her inquiring mind and her readiness to accept challenges led Elizabeth to accept a position at the Boston Children’s Hospital as the nurse on a research study focused on children with cerebral palsy. She honed her observational and team-building skills there, while also developing her nursing skills and nursing identity. Working with many different kinds of people in nursing, medicine and other professions, all contributing to a common goal, was an exhilarating learning opportunity for Elizabeth. Those early experiences reinforced her belief in the need for nursing to stand firm in its convictions about its role in health and within health care teams.

Elizabeth brought her ideas about nursing to McGill in the 1940s, having worked in pediatric and community health settings in the United States, including a stint with public health services in New York City. Her science major at Acadia made her appreciate the value of the biological and physical sciences to nursing, while her studies at Yale and her later practical experience convinced her of the need for breadth in nursing education. At McGill, she found a kindred spirit in Rae Chittick, director of the School of Nursing at the time, who was an advocate of nursing students having a strong knowledge base in the sciences, arts and humanities. For McGill nursing students, the value of continuing to learn, of increasing the effectiveness of nursing interventions through research, and of seeing themselves as members of society and seeing the world in human terms became a part of the learning environment. More than half a century later, a strong science base and a liberal education are still hallmarks of McGill’s nursing programs. The emphasis on observing, listening, interviewing, working with the patient to achieve his or her goals, and focusing on the patient as a person and as a member of a family and community are integral to nursing at McGill and its affiliated institutions.

During those early years, McGill’s School of Nursing played a prominent role in the development of international nursing. International students were warmly welcomed at the School, and became an integral part of the nursing program. Faculty members, including Elizabeth Logan, served as consultants in the development of nursing in other countries. Reading the reports of Elizabeth’s consultation activities (University of Aarhus, Denmark, on behalf of the World Health Organization (WHO), 1961; University of Ibadan, Nigeria, on behalf of WHO, 1969; University of West Indies on behalf of the Caribbean Community Secretariat, 1978) and her presentations on nursing, one is struck by the consistency of the messages. Elizabeth never wavered in her belief that nursing has a vital role to play in the shaping as well as the provision of health services. In the early 1960s, she was expounding on ideas that we often associate with present-day nursing, such as the concept of a health continuum; health as a relative quality — an index, at any given time — of one’s adjustment to one’s life situation, collaborative relationships among nursing education, research and practice; the removal of non-nursing tasks to allow nurses to concentrate on nursing; the formation of health care teams within both the established and the emerging health professions; a fine balance between a career in nursing and marriage/parenthood; recognition of the role of men in nursing; and appropriate education of more than one type of nurse. She was a strong advocate of finding interesting solutions to health problems and of helping people to implement their ideas rather than telling them what to do. She was attuned to changing health services, roles, and functions and the need for the health professions to sit down together and give careful study to the re-assessment and realignment of the functions of all.

Given her recognition of the linkages between the needs of 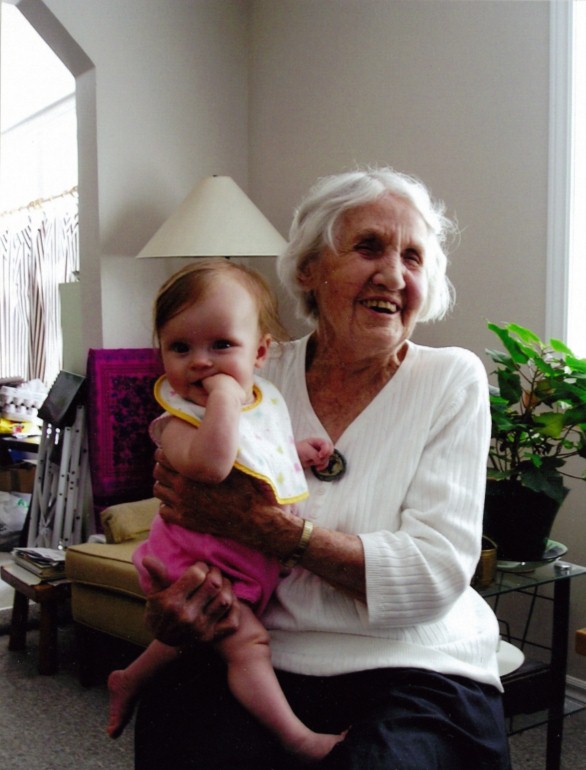 society, communities and nursing education and the need for nursing to determine its own destiny, it is not surprising that, as president of the Canadian Association of University Schools of Nursing (CAUSN, now CASN), Elizabeth was instrumental in setting up the task force that would eventually develop an accreditation system for undergraduate nursing programs in Canada. Her advocacy was a major force in bringing that system to fruition.

Elizabeth never stopped learning. Following her retirement from McGill, she made the difficult decision to leave her beloved Montreal and settle in Nova Scotia to be near her family. She spent years as a community activist, including working with the settlement of immigrant families. As a young woman in the 1930s, she met the challenge of being told that women did not study science by selecting biology and excelling in it. She met the challenges of aging in a similar manner — remaining independent and striving to understand what is happening in the world at large while coping with the vexations of everyday life. She maintained a keen interest in nursing, McGill, and Montreal and was particularly delighted with its Highlands of Hope project in Tanzania: “Now, that is real nursing!”

Among Elizabeth Logan’s many initiatives, in 2007 she helped to establish an endowment fund at the Ingram School of Nursing, which has been greatly valued by faculty and students alike.