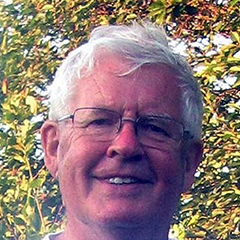 McGill’s Faculty of Medicine and the entire McGill community are deeply saddened by the sudden death of Dr. Michael Moss, an assistant professor in the Department of Family Medicine, who was tragically killed in the recent terrorist attacks in Mumbai while vacationing in India.

Dr. Moss, 73, was known as a valued teacher, compassionate humanitarian and dedicated doctor. He was born in Watford, England in 1935 and served in the Royal Navy before studying medicine at St. Batholomew’s Hospital in London. Dr. Moss moved to Canada in the 1960s to work in Saskatchewan and on Baffin Island as a member of the Baffin-McGill medical team. Promoted to Surgeon Commander, he remained in the Royal Navy reserve until 1973. He settled in Montreal, where he practiced for 37 years as a highly respected physician.

Dr. Moss was the archetypal general practitioner with qualifications and experience in multiple clinical areas, such as obstetrics, advanced cardiac and trauma life support, and radiology. He worked for many years at the former Queen Elizabeth Hospital in Montreal, including as director of the emergency department for eight years. In 1978, he became one of the early certificate holders of the Canadian College of Family Physicians. In 1980s, he began focusing on geriatric care and in the latter part of his career worked at the Richardson Hospital, part of the Cavendish Health and Social Services Centre.

Over the last 10 years, Dr. Moss continued to do depannage, usually in the summer, helping out short-staffed emergency rooms in the rural areas of Quebec. Dr. Moss, who leaves four children, had a career marked by exemplary dedication and duty to the patients and organizations for which he worked. He will be remembered by colleagues, patients and students alike for his great enthusiasm.

The death of Michael Moss is a great shock to all of us at McGill and a loss to the entire Montreal medical community. His many contributions will never be forgotten.